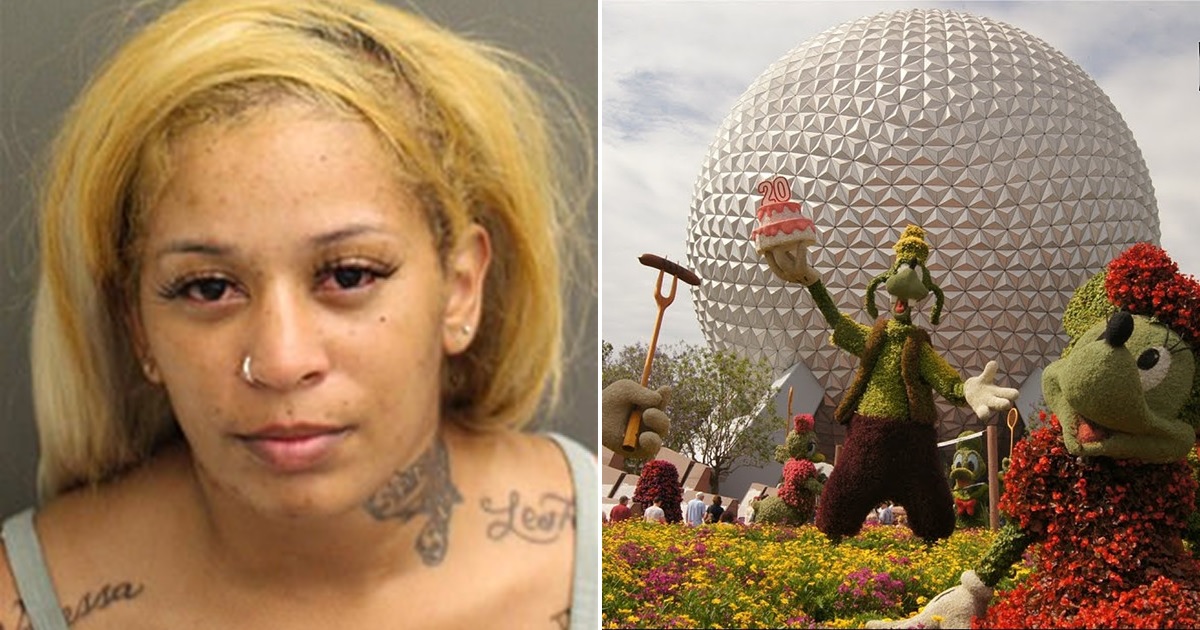 A Georgia mom planned to take her two children to enjoy the magical experience of Disney World, but unfortunately they didn’t even make it past the front gate because the mom was arrested by security.

Yunique Smith, 27, was arrested on Saturday, July 18th while attempting to enter Disney World’s Epcot Center after a security check revealed that she had hidden two guns and weed in her baby’s diaper bag.

According to the police report Smith was in the security line with an adult male, their 7-year-old son and 7-month-old daughter when security saw a 9mm semi-automatic handgun and a bag of weed in “plain-view” in the baby’s diaper bag.

Smith and the rest of her family were immediately taken to a secure room. And when the baby’s father asked to change the baby’s diaper, security further checked the diaper bag and found a second loaded handgun.

Smith confessed that the guns and drugs belonged to her. She does not have a permit to carry a concealed weapon.

Smith was charged with carrying a concealed weapon and possession of less than 20 grams of cannabis, both misdemeanor charges.

She was arrested and spent two days in the Orange County Jail. Her arraignment is scheduled for August 19th.

Disney prohibits all guests from bringing guns, knives, ammunition, and “weapons of any kind” onto its properties including theme parks, resorts, and hotels.

This rule also applies to guests who have permits to carry concealed weapons.