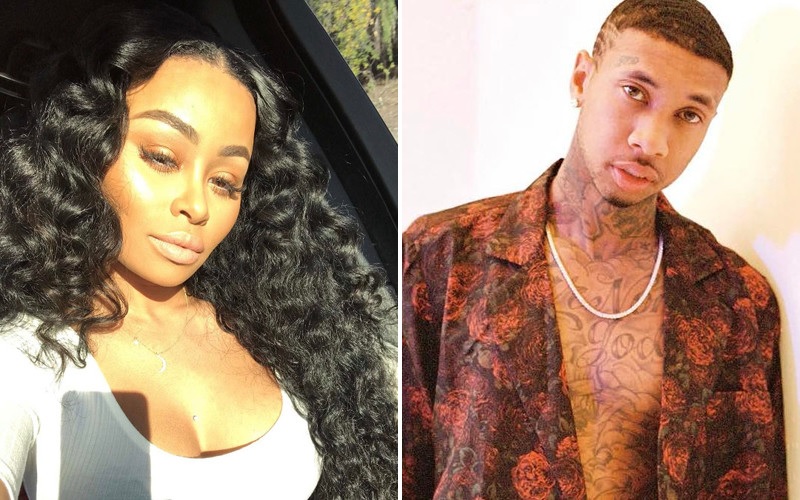 In a series of written Snapchat posts, Chyna went on her ex-fiancé and baby daddy. She questioned his sexuality, claimed he doesn’t pay child support, and accused him of badmouthing her to Kylie Jenner and her other baby daddy, Rob Kardashian. She even sent out the address to her Lashed salon so the two can talk face-to-face.

Stop running to ur money! Telling my business about King! I bet any money! I got more money then ur account Tyga, Michael!!!

So go tell Kylie [Jenner] and Rob [Kardashian]! About our son Account! Cause that’s the only reason I’m contacting your f*g ass! But u wanna make it like I want u lol! Tyga ur a b*tch!

Right now, it’s unknown what caused Chyna’s early morning rant. However, it seems she’s upset with something Tyga has done/said regarding their 4-year-old son King and Chyna’s parenting skills.

Tyga waking up to Blac Chyna Snapchat like pic.twitter.com/RgJoA5r58X

Me watching Blac Chyna & Tyga beef knowing full well they're both trash & it's a win-win for all of us. pic.twitter.com/8Kxn4C0NaD

OHHH SNAP!! Blac Chyna going off on Tyga early in the morning. pic.twitter.com/L54tXv2ByG

Woke up & saw Blac Chyna trending , KNEW it had to be something Messy… & I'm here for it! -Tyga, Michael ?? pic.twitter.com/vkIad2ZI1j