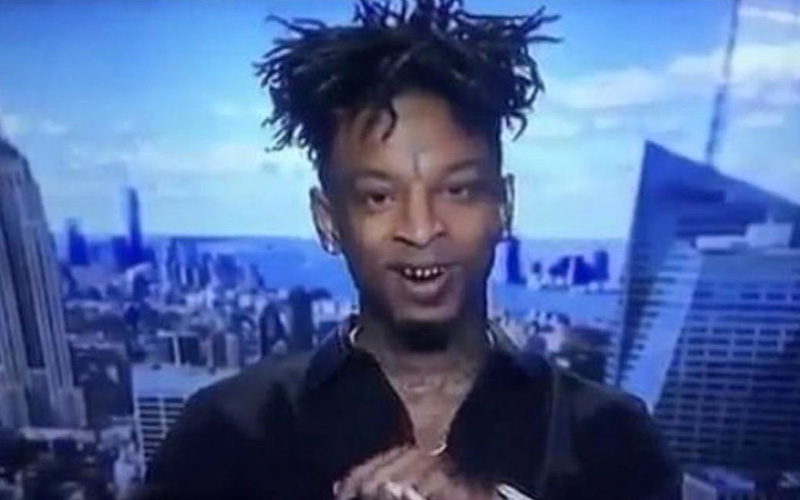 There are those that say life imitates art, and so it would make sense that in 2017, at the height of superhero movie fandom (I’m looking at you, Logan), the world would get a new supervillain. And no, I’m not talking about the Lex Luthor-esque Donald Trump. I’m talking about 21 Savage.

During an appearance on ESPN’s Highly Questionable on Wednesday (Mar. 1), 21 Savage debuted a new hairdo in front of the backdrop of a cityscape. A screenshot was captured, and it didn’t take long for someone to make the comparison that he looked awfully villainous with the new ‘do. And it took even less time for everyone else to jump on board with this new theory.

why this pic look like 21 Savage is a supervillain interrupting a broadcast to reveal his evil plan to the world pic.twitter.com/tWhor8F2y3

"Hello people of Gotham, Issa savage here, I'm giving you 21 hours to turn in The Batman… or issa chaos in these streetz… 21 hours" pic.twitter.com/PAPptgcUpb

21 Savage as the new Power Rangers villain has me excited for the new movie. pic.twitter.com/a9AVKGRGMg

Why they got my mans @21savage looking like Edward scissor hands pic.twitter.com/eVD6zXGPTO

This isn’t the first time a photo of 21 Savage has inspired a new line of memes, and at the rate he’s going (and the memes being made), I can only hope it won’t be the last.