GOSSIPONTHIS.COM Sports Oakland Raiders File for Relocation to Vegas: What You Need to Know 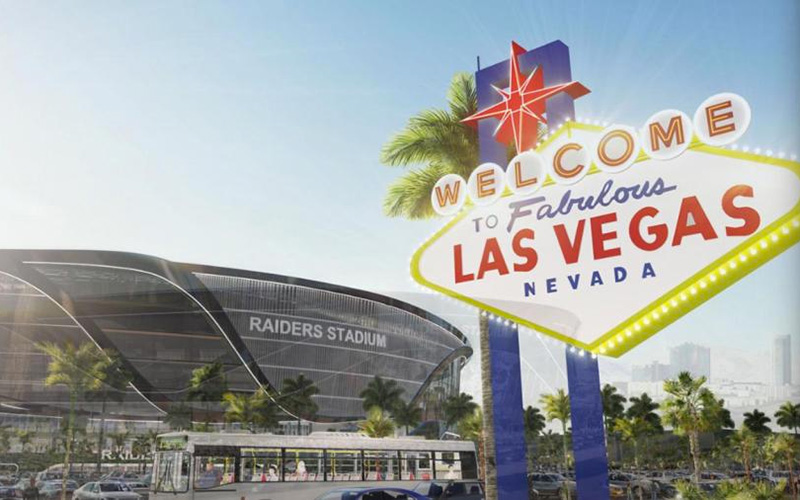 Today, the Oakland Raiders officially filed their relocation paperwork to the NFL to move from Oakland to Las Vegas. The Raiders organization, which had been in tough negotiations with the city of Oakland for a while now, is aiming to join the new NHL franchise Las Vegas Desert Knights in Sin City. Here are the things you need to know.

It’s not official just yet.

While the paperwork has been filed, the move is not set in stone. Not yet, at least. The application will be reviewed by league staff and the Stadium and Finance Committees, and if it passes their scrutiny, it would still require a vote by the rest of the NFL’s team owners.

Our statement re Raiders. pic.twitter.com/Ru4BNulNUK

The vote is expected to take place during the Annual league Meeting in March, where the Raiders will need 24 out of the 32 teams to approve their request.

If approved, the move wouldn’t happen until 2020.

If the Raiders do manage to obtain the necessary 24 votes, the move would not happen immediately. In fact, they would likely spend the next two years in Oakland as the new stadium is built in Las Vegas (talk about awkward). Nevada’s governor, Brian Sandoval, signed a bill last October approving the new stadium. The 65,000 seater is expected to cost almost $2 billion to build, making it the most expensive stadium in league history. So obviously, it will take some time to get this new facility up and running, hence the delay in relocating for the Raiders.

This wouldn’t be the first time the Raiders have relocated.

Should the deal go through smoothly, and the Raiders do end up relocating, this would not be the first time they have done so. The team was originally founded in Oakland because the Los Angeles Chargers demanded another west coast team in the early years of professional football. They remained there from 1960 until 1982 when the migrated south to Los Angeles. They remained the Los Angeles Raiders for just 13 years, when they ultimately returned to Oakland in 1995. Now, it appears 22 years later, they are poised to make a move once again — this time, out of the state of California.

There’s a chance they could change their name and team colors.

Now, this part is much more speculative than the move itself, but there is a chance that the Raiders will not be the “Las Vegas Raiders.” As news of the desired move spread, both fans in Las Vegas and Oakland have called for a change. Fans in Oakland say it would be disrespectful to keep the logo after leaving Oakland, and kind of like ripping up pictures of an ex, they don’t want any memory of their former team to exist. On the other side of things, Las Vegas fans excited to be getting their second major league franchise have actually set up a Change.org petition to have the team change their name and colors.

How will they decide on the new name? “Perhaps voted on or some county wide contest,” the petition reads.

Oakland isn’t giving up without a fight.

Despite the team’s owner filing the paperwork, investors in Oakland are still fighting to keep the Raiders located in the Bay. A local investment group (including Hall of Famer Ronnie Lott) said they will continue to negotiate with government officials, the team, and the NFL to build a new $1.25 billion, 55,000-seat stadium in Oakland. “We are in this game and we are playing to win,” Lott’s group said.

It’s understandable why, too. Not only do the Raiders have a passionate fanbase (maybe too passionate), but the news comes the same week they’re losing another professional franchise. Earlier this week, the Golden State Warriors announced they have broke ground on their own new home — a $2 billion arena in San Francisco.

Despite their best efforts, all signs are pointing towards the Raiders becoming the first NFL franchise in Las Vegas. I, for one, will be curious to see how, once it is approved, attendance will be in Oakland when fans know the team is leaving them — particularly at a time when the Raiders are finally becoming prevalent again.

Only time will tell.