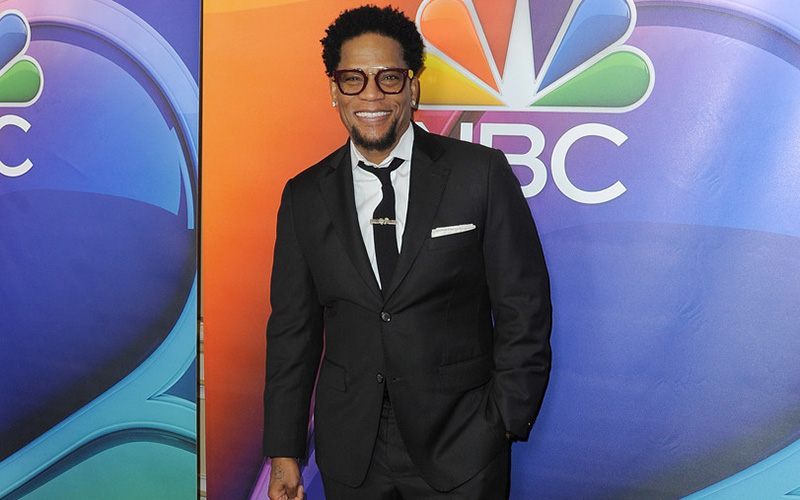 I wish I could remember the last truly relevant thing D.L. Hughley has done, but like his stand-up routine, I’m struggling.

D.L. Hughley is a black comedian who at one point, was poised to be the next Steve Harvey (if that’s a compliment…). Like Harvey, he was on the legendary Kings of Comedy Tour in 2000, and like Harvey, he’s landed some pretty high-profile TV gigs, including his own sitcom, The Hughleys, and a short-lived stint as a talk show host on CNN called D.L. Hughley Breaks the News.

But since his show got canned, D.L. has kinda fallen off of the mainstream radar, except for when he opens his Twitter account and spouts some stupid, trying-too-hard-ass bullshit. Case in point: Hughley recently decided that the tragic death of actress Debbie Reynolds, which followed the equally tragic death of her daughter, the legendary Carrie Fisher of Star Wars fame, would be the perfect opportunity to make a point about how black women are so much tougher than white women:

First off, someone’s death should not be your fodder for laughs and giggles on the internet. That is unless Donald Trump unexpectedly passes, in which case, have at it.

But furthermore, the way in which both Fisher and her mother Debbie Reynolds died is absolutely heartbreaking and tragic. That Debbie Fisher died of a sudden heart attack while on a flight back to L.A. and then that her mother, in her grief, followed soon after with a stroke while making funeral plans for her daughter, is not a laughing matter.

You would think that this is human decency 101 and that a 53-year-old man would know better, but alas, common sense ain’t common.

Secondly, if Hughley thinks he’s doing black mothers a favor by casting them as being impenetrable, unbreakable and incapable of heartache and heartbreak, he’s not. He’s feeding into some nasty, longstanding characterizations of black women that strip them of their humanity and their womanhood. Black mothers are no different than white mothers. The loss of a child is just as likely to send a black mother into a mental, emotional and physical tailspin.

But even IF it were true that black women were somehow “tougher” than white women and capable of withstanding the loss of their children better than white women, what kind of trophy is that to claim? Especially a mere few days after the passing of said white woman?

If you’re outraged by D.L.’s idiotic statements, know that you’re not alone. Several Twitter users let D.L. have it:

I wish I could briefly borrow God's trusty lightning bolt over this tacky, terrible "joke." https://t.co/VfCz9stzfk

she was 84 in poor health. This is in bad taste. Not even funny.

Sorry this is inappropriate. People can die of a broken heart, irrespective of race.

ARE YOU THIS STUPID FOR ATTENTION @RealDLHughley you have to dance over the corpse of a mother who was ill & frail & saw her child die? https://t.co/LckcNzlq8j

as if we needed more proof that you aren't funny.

I'm a black mother, your tweet is in poor taste.

I'm sick of this strong black woman trope. We suffer great pain over a loss, too.

Trivializing grief has nothing to do with your responsibility as a comedian. Your perception is warped as hell!

You know, the next time D.L. Hughley is interested in making light of someone’s death, he should with the corpse he calls his career.

D.L. Hughley Tests Positive for COVID-19 After Fainting Onstage During Comedy Show: “Maybe This Is As Bad As It Gets”

D.L. Hughley Dragged Off Stage After Passing Out in the Middle of Comedy Show in Nashville (VIDEO)