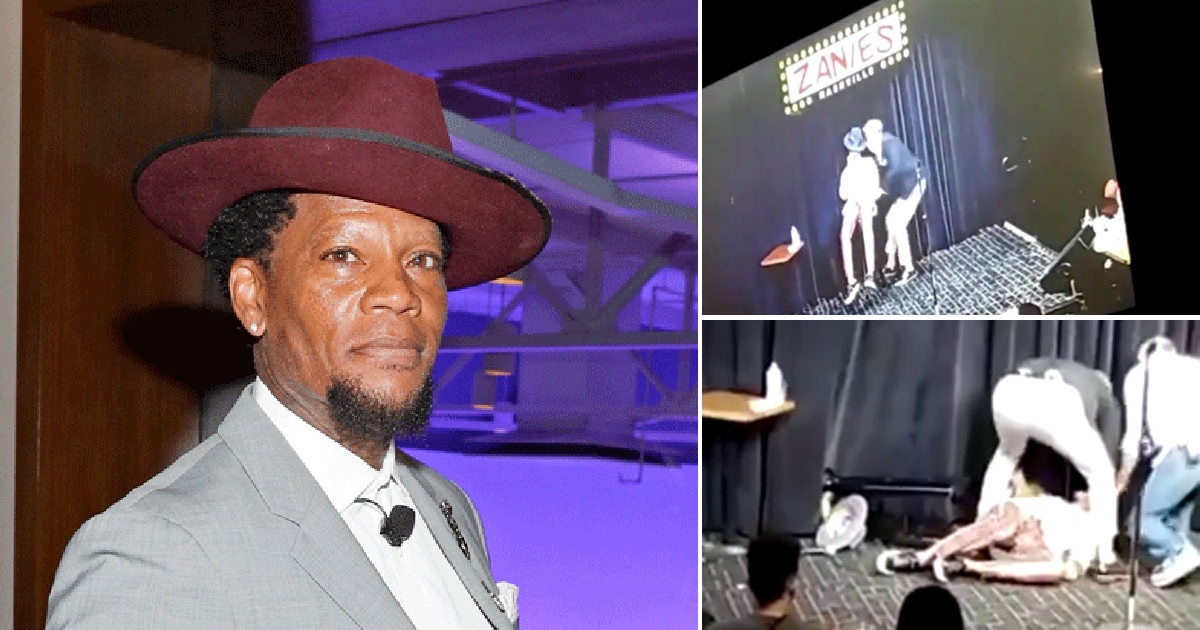 D.L. Hughley gave fans and the internet quite the scare after fainting on-stage during a recent comedy show in Nashville and is in need of many well-wishes.

While initially being treated for exhaustion and dehydration, the comedian and actor also tested positive for COVID-19 after doctors ran a number of tests following his collapse.

“I was what they call asymptomatic,” he revealed in a video he shared on social media on Saturday (Jun. 20).

While Hughley did not exhibit any of the classic symptoms associated with COVID-19, the CDC does list fatigue as a symptom of the novel virus.

Hughley was dragged off-stage on Friday (Jun. 19) at a Nashville comedy club when he began to slur his words during his stand-up routine, and then passed out, falling off the stool he was sitting on.

He was placed on a stretcher and taken to Saint Thomas Hospital.

Leaked video footage of the scary moment went viral and fans were concerned for Hughley’s health.

Noting the lack of social distancing and masks, Black Twitter was quick to deem “the Rona” the culprit even before Hughley’s positive diagnosis.

Pandemic not over. This is proof. Stay inside unless absolutely necessary to come out, DL Hughley is 57 years old in a room full of people who aren’t wearing masks or social distancing. This makes me extremely upset that people can’t follow the rules. https://t.co/O0rBFtqTgu

Yall peep DL Hughley passing out on stage? The rona is still out there man, focus on getting your rest, protect others by wearing mask, this thing will take 10 years off your loved ones' life. I dont want to lose any more of my elders

also, the fuck was DL Hughley doing out here performing at comedy clubs during the Rona……

Me: Who was sitting inside a venue taking a chance on catching Rona for some laughs? pic.twitter.com/Jzu66BlSY8

For those of you that paid money in the year of 2020 and the rona to go to a comedy club to see DL Hughley–can you 'splain why and tell me where your mask was? Was it in your purse? In the car? back pocket? on the table? pic.twitter.com/9JFvMiBqC8

Like many others, we wish Hughley a speedy recovery.

“Well thank you for your prayers and your well wishes and a few more of them wouldn’t hurt,” Hughley added in his video update.

“Hopefully I won’t develop symptoms. Maybe this is as bad as it gets.”