GOSSIPONTHIS.COM Celebs D.L. Hughley Dragged Off Stage After Passing Out in the Middle of... 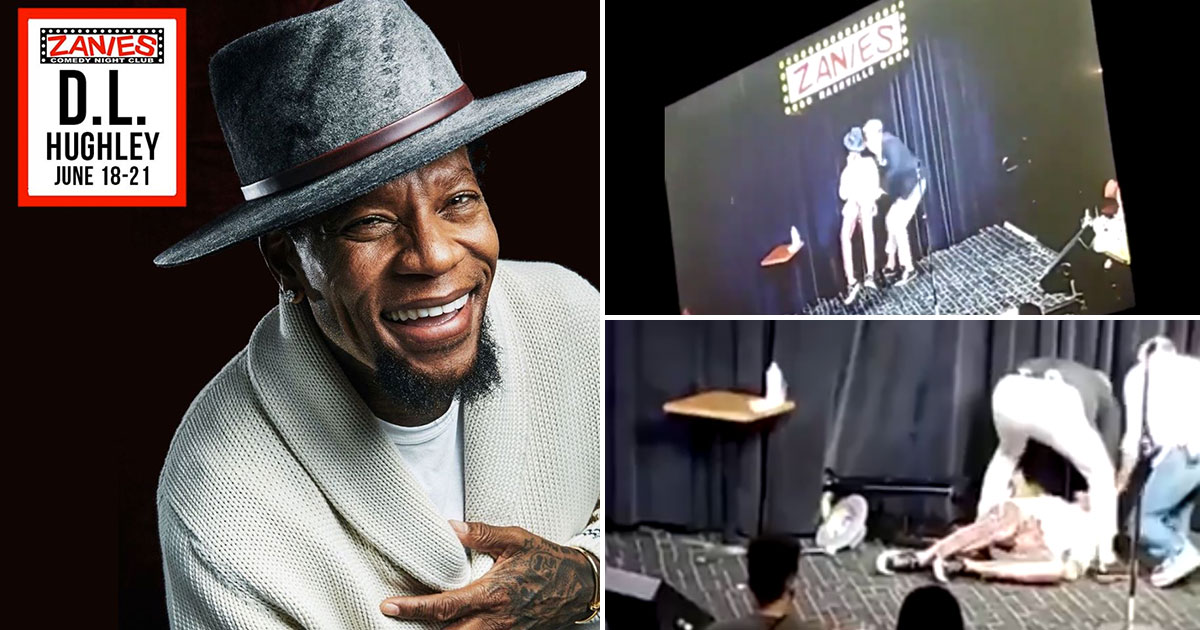 UPDATE: TMZ reports that after D.L. Hughley’s fainting spell, he was put on a stretcher and taken to a nearby hospital, where he was kept overnight for tests.

His rep said he’s gonna be OK, he was just “suffering from exhaustion after all the week’s work and travel, and was kept overnight at the hospital for tests under doctor’s orders. He is awake and feeling better, and wishes to thank everyone for the very kind prayer and thoughts.”

D.L. Hughley has fans concerned about his health after video footage surfaced showing him fainting in the middle of a comedy show and being dragged off the stage.

D.L. was just two minutes into his stand-up routine at a Nashville comedy club called Zanies Friday night (Jun. 19) when all of a sudden he started slurring his words a bit and looked as though he was about to pass out.

At that point, a member of his security team noticed something was off and rushed onstage to assist him.

Moments later, the comedian fell backward off of the stool he was sitting on and hit his head on the stage.

Two more people rushed to Hughley’s aid, and he was dragged off the stage as the crowd looked on in shock.

It isn’t clear what caused D.L. to pass out, however, after the footage emerged, DJ Vlad of VladTV.com took to Twitter to assure fans that D.L. Hughley was “OK.”

DL Hughley is ok. I just spoke to him.

Hughley is also scheduled to perform another show Saturday night and two shows on Sunday.