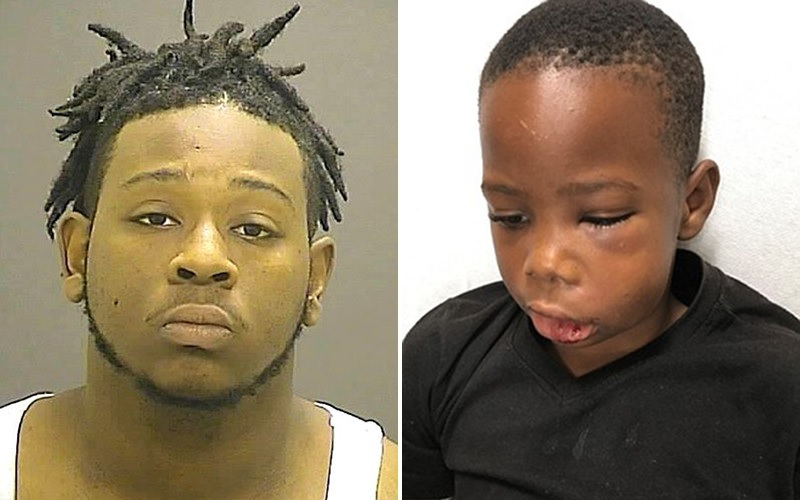 A 25-year-old tutor for Baltimore City Schools is currently sitting in jail after assaulting a 7-year-old elementary student.

Police have arrested and charged Timothy Randall Korr with several counts of child abuse, while the student will reportedly need surgery.

Here are some things you need to know about Timothy Randall Korr.

1. Timothy Korr, a Baltimore elementary school tutor, has been charged with several counts of child abuse after slamming a 7-year-old against the wall and causing a “serious head injury.”

While heading to the principal’s office, Grayson suffered a “serious head injury” and was taken to the school nurse. The 7-year-old was ultimately transported to Johns Hopkins Hospital.

Police were called, and after watching video footage of the incident, arrested Korr on several child abuse charges. The video has not been released to the public, but allegedly shows Korr slamming Grayson against the wall. It was initially reported that Trayvon Grayson suffered a “severe head injury.” According to updated reports, the second grader suffered a broken jaw, several cuts & bruises, and several of his teeth were knocked out, with one tooth being pushed into his gums.

Grayson’s mother Lateekqua Jackson arrived at the school to find her son in an ambulance, crying with blood in his mouth. “I looked in the ambulance and there’s my son, his face big, mouth bloody. I turned to the man [Korr], I said, ‘This isn’t regular restraint,’” she said.

“He goes to school and you think he was safe. It’s just really pretty bad,” the second grader’s father, Trayvon Grayson Sr. said.

“My son had dreams about it all last night,” she said. “He’s still shaking in his sleep, saying that he keeps having visions of (Korr) throwing him into a wall.”

Baltimore police are continuing to investigate the situation and were extremely disturbed by the violent nature observed in the footage obtained. Baltimore police spokesman T.J. Smith, who called the incident “despicable,” says after 225-pound Korr slammed the 7-year old, his body went limp

“The video does show him carrying the child and slamming him up against the wall, and it’s very difficult to watch. We cringed a number of times as we watched the video… To watch a child be basically manhandled like a sack of potatoes is incomprehensible.”

4. According to his lawyer, Timothy Korr believed the second grader was in possession of a gun. However, no gun or a gun replica was ever mentioned in the police report. Timothy Randall Korr’s lawyer is claiming the situation was an accident and Korr believed the 7-year-old was in possession of a gun. According to Kurt Nachtman, two students told Korr the boy had a gun. Korr felt something in the child’s pockets after a pat-down procedure, but Grayson refused to hand over the object.

This is when Korr decided to take Grayson to the principal’s office. However, according the Korr and Nachtman, Grayson was non-compliant and continuously hit and scratched Korr while being carried. Korr ultimately lost his balance while going down stairs and the boy’s head hit the wall.

“At no point did my client have any intent to cause any harm to this child,” Nachtman said.

However, neither a gun nor a toy gun was mentioned in the police report. Baltimore City Schools and Baltimore police have also not confirmed or denied that any type of gun was involved. Korr says he last saw the gun in the City Springs school nurse’s office.

“[Trayvon] can’t throw himself into the wall and fracture his jaw and lose his teeth. He’s only 7 years old. He’s so small he’s not going to do the damage to himself.”

5. Korr was hired by charter school operator Baltimore Curriculum Project and was not screened by the Baltimore school system human resources department.

Laura Doherty (president and CEO of the Baltimore Curriculum Project):

“We are heartsick that this child suffered this injury. We pray for his complete and quick recovery and for his family as well. This is an unusual, isolated incident for our schools, and we are participating in a thorough investigation into what exactly happened.”

Korr has been fired since the incident occurred.

The Baltimore school system is cooperating with the police investigation and BCP. A spokesman says it will take “any action warranted once the investigation is complete.”