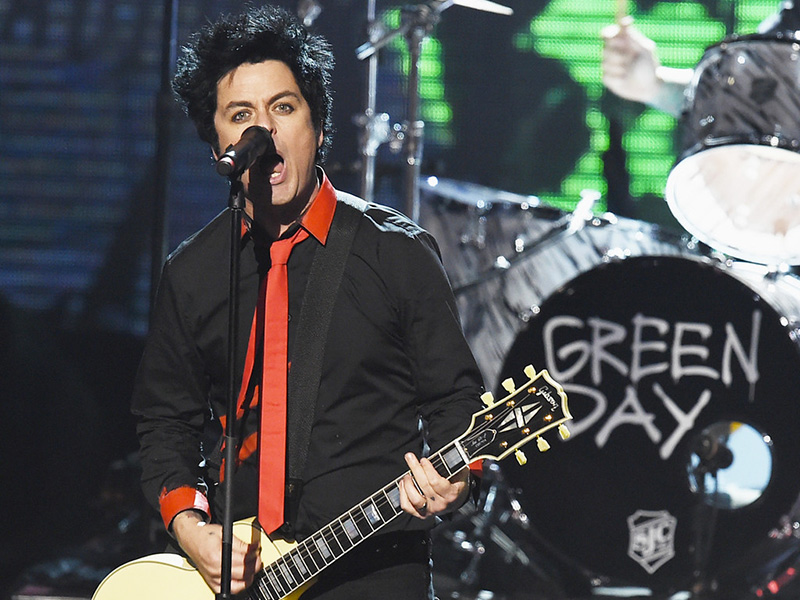 While performing their new single “Bang Bang,” the punk rockers decided to express how they feel about President-elect Donald Trump and a certain subset of his most vocal supporters.

In the middle of their performance, the group’s lead singer Billie Joe Armstrong, repeatedly said the phrase, “No Trump, no KKK, no fascist USA” as he raised his fist in the air, and the crowd seemed to agree, giving the band a standing ovation at the end.

That is why Green Day will forever be one of the greatest bands ever. #amas

I always loved Green Day. They are now even more legendary in my mind!!!! NO Trump!!! No KKK!!! No Fascist USA!!!! #AMAs #GreenDay pic.twitter.com/HAMf9MB3Xo

I think Green Day and the AMA's are about to join Hamilton & SNL on Trump's shit list ????????? pic.twitter.com/b2EhE4MaBk

Green day chanted "No Trump, no KKK, no fascist USA." Now Donald Trump will complain about them bullying him and demand an apology at 4 am

Green Day’s Billie Armstrong hasn’t been shy about how he feels about President-elect Trump in recent interviews. Back in August, in an interview with the magazine Kerrang!, he compared Trump to Hitler, and just last week, he told Noisey in an interview:

“Hillary lost and it’s over. As far as I’m concerned it was fair and square. But I look at the kind of campaign that [Trump] ran and we’re already seeing the fallout from it. People are saying ‘make America white again’ and putting up swastikas. The KKK and other white supremacist organizations have been emboldened by it. The Republican party is like a big house. There’s the fiscal conservatives, the Christian right, and they left a little bedroom in there for the white supremacists… But they’re like rats, and now the rats have taken over the f**king house.”

In addition to Green Day’s anti-Trump/anti-racism chant, the AMAs had a number of political references throughout the night. Hosts Gigi Hadid and Jay Pharoah each did Melania and Donald Trump impressions, Chrissy Teigen referenced the “f**ked up f**king election” (which was bleeped out by TV censors, obviously), and as we previously noted, Nicki Minaj basically emulated Trump’s infamous “grab them by the pussy” comment.

SEE MORE: Nicki Minaj & Ariana Grande Show Trump How to Grab Their Pussies in “Side to Side” AMAs 2016 Performance