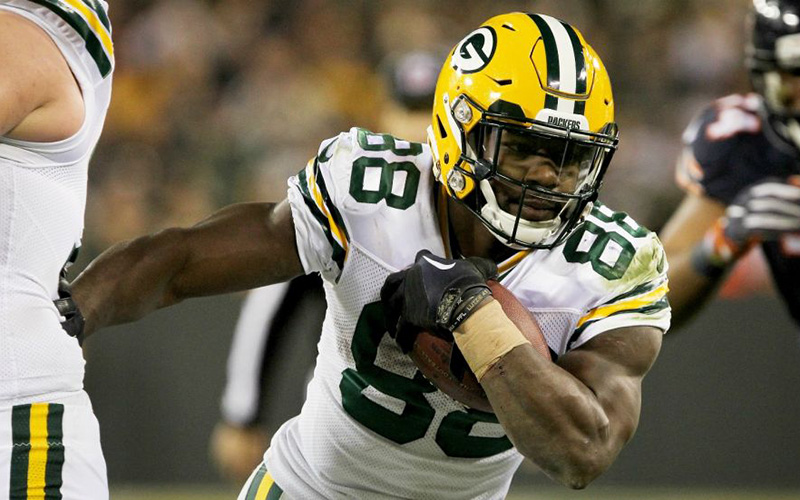 The Green Bay Packers are having a running back crisis right now. With both of their top backs — Eddie Lacy and James Starks — injured, they’ve been desperately looking for a fill-in. That’s when wide-receiver Ty Montgomery stepped up and started taking snaps at the running back position, notching 60 yards on 9 carries in his first outing.

The following week, Montgomery didn’t play due to an illness. Well, Monday (Oct. 31) he finally revealed what that illness is — the sickle cell trait. He said he had previously been diagnosed with it, but this was the first time he had experienced any complications from it.

Packers WR Ty Montgomery said the symptoms that kept him out were related to sickle cell trait. He said doctors… https://t.co/9wOCFkvKjO

Namely, sources told ESPN that he had blood in his urine and was therefore kept out for precautionary reasons. According to the Centers for Disease Control and Prevention, sickle cell can be problematic for athletes, making them “more likely to experience muscle breakdown when doing intense exercise.”

Montgomery isn’t the only NFL player who has the sickle cell trait. Other players have expressed concern about playing, particularly in the high altitudes of Denver, or suffered issues because of it, most notably Ryan Clark, who became gravely ill and lost his spleen and gall bladder following a game in Denver.

But Montgomery says he’s not worried.

“It doesn’t concern me,” he admitted. “A lot of people have sickle cell trait and some of them don’t even know, and not everybody experiences symptoms of it. I’m not concerned about anything.”

Both he and the Packers organization hope he will be back on the field soon. “We’re just going to take it day by day,” he said. “So far, all signs lead to we feel confident to just take it day by day and play this week. So we’ll see.”

The Packers take on the Indianapolis Colts this Sunday, so we’ll have to wait to see if Montgomery is back out at receiver and/or running back then.