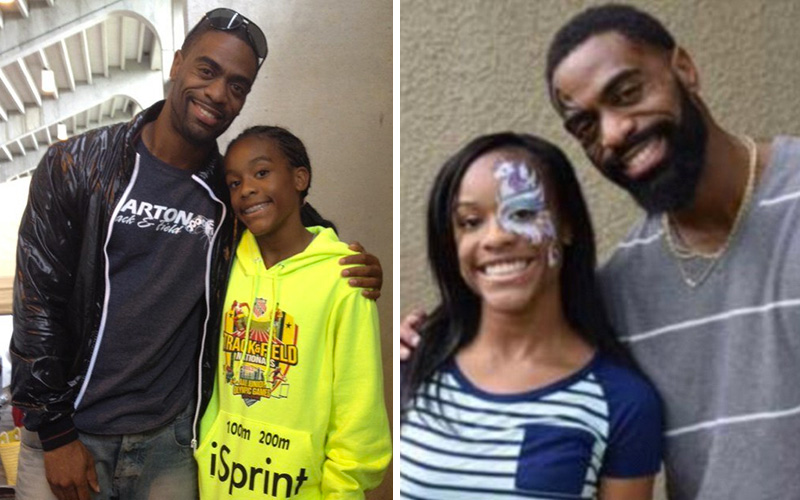 The teen, who was a rising track star herself, was reportedly shot in the restaurant’s parking lot and was immediately rushed to the hospital, where she was pronounced dead shortly before 5 a.m.

Here are some things to know about Trinity Gay and the senseless shooting that took her life.

1. Trinity Gay was shot in the neck at Cook Out restaurant in Lexington, KY. Lexington police said they responded to a call of shots fired at the Cook Out restaurant on South Broadway (near the University of Kentucky campus) around 4 a.m. According to police, people in two separate cars exchanged gunfire and then drove away.

Somehow, Trinity Gay was shot in the neck and she was rushed to a hospital via private vehicle. She was quickly transferred to UK Hospital, where she was pronounced dead at 4:41 a.m. An autopsy is scheduled for Monday morning.

At 2:19 a.m., almost two hours before the shooting that claimed her life, Trinity tweeted that she had witnessed another shooting.

Of course they start shootin ?? If Trinity’s name sounds familiar, it’s because her father is world-famous Olympic sprinter Tyson Gay, who has competed in the last three Summer Olympics.

He was part of a team that won a silver medal in the 4×100-meter relay at the 2012 Games in London, though he was later stripped of that medal after testing positive for steroids in 2013.

Tyson spoke with local news station LEX 18 after the shooting. “She didn’t make it. I’m so confused,” he said. “She was just here last week for fall break. It’s so crazy. I have no idea what happened.”

Gay said he was flying back to Lexington on Sunday.

3. Just like her father, Trinity was a sprinter at Lafayette High School. As a track and field athlete, Trinity was following in her father’s footsteps at Lexington’s Lafayette High School, where Tyson Gay excelled as a sprinter, breaking the school’s stadium record for the 200 m.

Trinity, a sophomore, was also a top sprinter for the school and was said to be “a staple in the track and field community of Kentucky,” according to KYtrackXC.

Trinity, a rising star for Lafayette, was a staple in the track and field community of Kentucky. She was a middle school state runner up in the 100m and placed in the top 4 numerous times at the KHSAA state meet. She was the Region 6 AAA champion in the 200m last season.

“Being the rising star that she was, we hadn’t seen her best yet,” said Chris Hawboldt, MileSplit Kentucky editor and former head coach at Tates Creek High School in Lexington. “She was sweet and obviously a quality athlete, but more importantly she was good for the track-and-field community in Lexington.”

“Shocked to hear of death of Trinity Gay,” Tackett tweeted. “A life of such potential cut so tragically short. Sympathies to Tyson and entire family.”

Shocked to hear of death of Trinity Gay. A life of such potential cut so tragically short. Sympathies to Tyson and entire family.

Lafayette High School Principal Bryne Jacobs said in a statement on Twitter: “We are devastated to lose Trinity. Our Lafayette family will come together to provide love and support for our students and one another during this tragic time.”

We are devastated to lose Trinity.

Fayette County Superintendent Emmanuel Caulk said in a separate statement: “Our hearts are broken this morning over the loss of Trinity to this tragic and senseless act of violence. Please join us in keeping the Gay family close in thought and prayer and supporting the students, staff, and families at Lafayette High during this unspeakably difficult time.”

4. Several athletes have shared their condolences on social media. Heavy heart today for Tyson Gay and his family.

Lord please ease their pain and give them strength during this time.

Sad news for a member of our @usatf Family this morning. As you head to church pray for @TysonLGay His daughter was killed last night.

Praying for your peace @TysonLGay . Everyone please say a short prayer for Tyson's family ??

Condolences to Tyson Gay and his family… 15-year-old girl dies after shooting at Lexington restaurant – https://t.co/rXKnwdhO9J

Sending our thoughts & prayers to @TysonLGay & his loved ones as they mourn the tragic & senseless loss of his daughter, Trinity.

My prayers & condolences to Tyson Gay & the rest of the Gay family, may God give you strength in this time of need.

5. Trinity was not the intended target in the shooting. According to police, a group of men in two cars shot at each other before speeding off. Police said Trinity was not in either of the vehicles and was not the intended target of the shooting, meaning that she was likely an innocent bystander.

The two vehicles involved in the shooting were described by police as a “gray Dodge Charger” and a “dark-colored sports car.”

As of Sunday afternoon, two persons of interest were being questioned because their car matched the description of the Dodge Charger, WKYT reported. Police were still looking for the other vehicle (the “dark-colored sports car”).

6. Cook Out is a popular late-night fast food restaurant in the South.

The menu features grilled hamburgers and hot dogs, chicken sandwiches, BBQ and milkshakes. The food has a distinct “Outdoors Style” taste (i.e. it tastes like it was cooked at a “cook out,” hence the name) and the restaurant is popular with young people as a hang-out spot because it stays open past midnight (up to 3 or 4 a.m. at some locations).