GOSSIPONTHIS.COM Sports Watch: Antonio Brown Pulls a McCringleberry, Gets Penalty for Twerking in the... 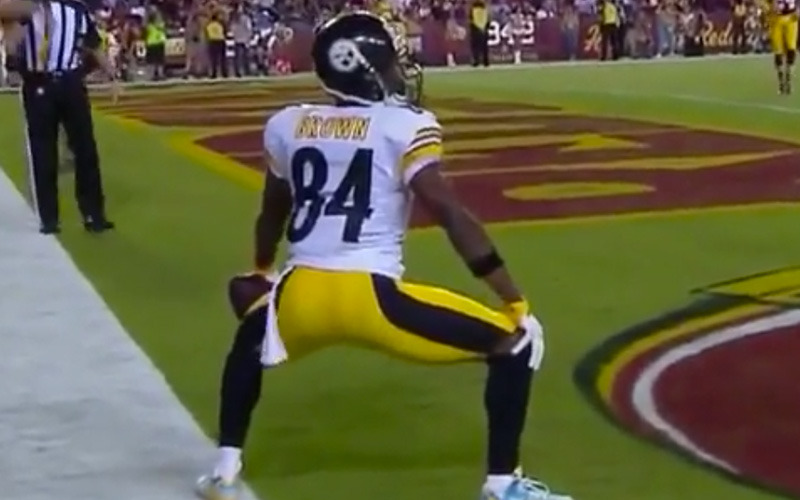 Antonio Brown of the Pittsburgh Steelers just pulled a Hingle McCringleberry during Monday Night Football. Following a TD reception from Ben Roethlisberger, Brown decided to celebrate in the endzone by busting out his twerking skills.

This isn’t the first time a McCringleberry-esque flag has been thrown. A few years ago, Lance Moore of the Saints reenacted the now famous celebration.

Regardless, Serena Williams would be so proud. Despite the penalty, both Brown and the Steelers are doing just fine. With 89 yards and 2 touchdowns so far, I’d say all of Brown’s fantasy owners are twerking right along with him.