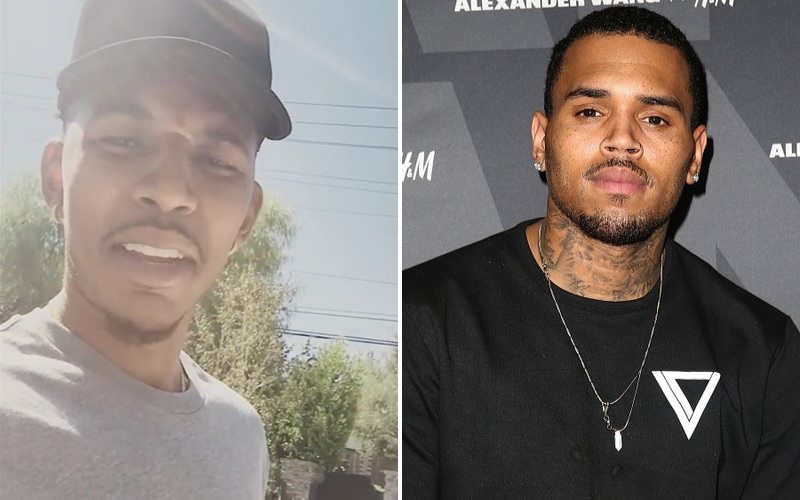 Chris Brown made headlines earlier today as he was held up in his house with authorities reportedly prepared to place him under arrest. However, Brown’s neighbors do not appreciate chaos and Nick Young wants his friend to pack his bags.

“Chris, you gotta move,” Young addressed his neighbor via Instagram video. He said Brown is “making the block hot” and may cause problems for the few black people living in the upscale neighborhood.

“There’s really only two of us [black people] over here … at this rate you gonna make it one… Please, I like you, man. You my dawg. We go out, but you go out away from over here… go!”

Young was obviously joking, he even included #YouKnowImPlaying in his post’s caption. However, I’m sure having helicopters and authorities swarm your usually quiet neighborhood is an unsettling annoyance, especially if you’re a person of color.

Unfortunately, Nick will probably have to deal with this issue for a little while longer. Brown briefly spoke with police (with his lawyer) and may be arrested for allegedly pulling a gun on a woman.

Looks like Chris Brown is outside talking with police. Watch: https://t.co/6rdPK70VuB pic.twitter.com/8RVBUYm6lp