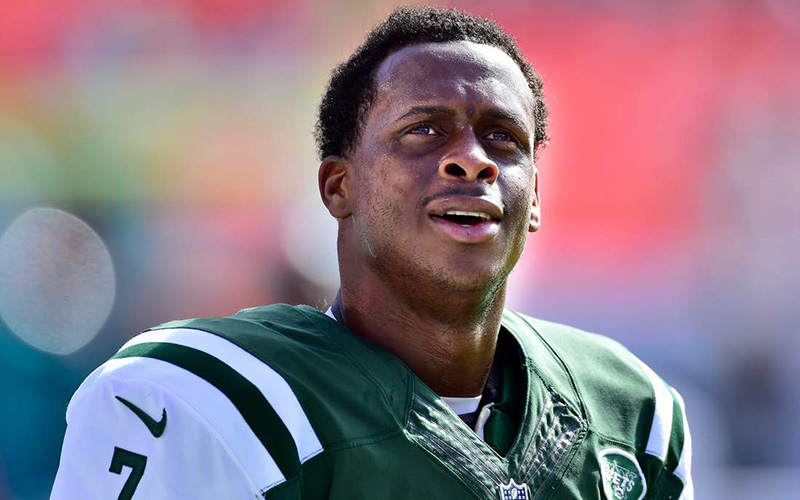 New York Jets quarterback Geno Smith hasn’t had the best of luck in his NFL career. In his three years in the league, the second round draft pick has amassed less than stellar numbers: 58% completion, more interceptions than touchdowns, and a paltry 72.3 QB rating. Needless to say, things haven’t been going great for Geno on the field.

But it looks like things haven’t been going great for him off the field either. After serving as a placeholder starting QB as the Jets negotiated with their real starter, Ryan Fitzpatrick, it looks like they’re ready to get rid of Geno.

Before he can get traded, however, Smith has to deal with his own team’s fans booing him during their preseason games. And on top of that, apparently Geno isn’t the most liked man in the locker room, either.

Just last year, Geno missed part of the season after having his jaw broken in the locker room by a fellow teammate (all over $600). And it seems things haven’t gotten any better for the Jets bench player.

While answering questions by reporters last weekend, Smith was photographed proudly sporting a hat playing off of the TV show Friends logo. But instead of actually having friends, his hat was embroidered with a “zero” before the friends portion.

Geno Smith was asked only a few questions by reporters. He was wearing this hat: pic.twitter.com/PlloVuwa1d

Yup, Geno Smith is letting the world know he doesn’t have any friends. Zero. Nada. Sin amigos. Hopefully for him those trade rumors prove to be true and he can maybe find a friend in his new city.