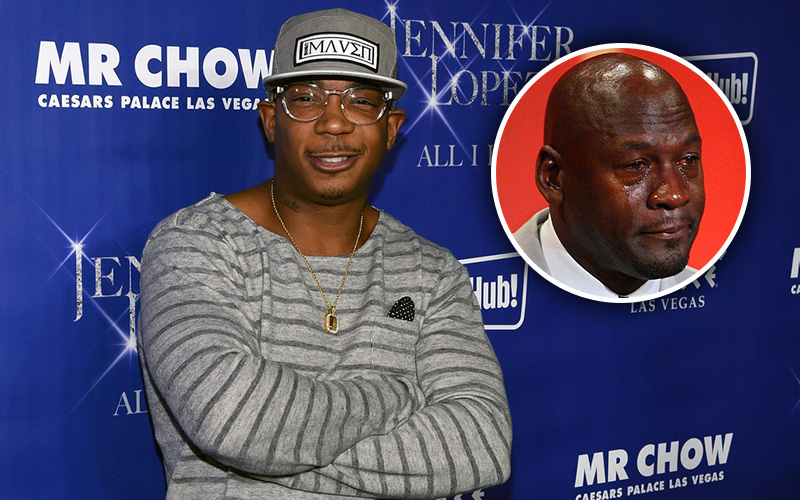 Ja Rule became a student to the web this week when he found out how the Internet works and how it doesn’t.

On Monday (May 9), the 40-year-old rapper came across a fake news article from one of those websites that try to pass their work off as “satire.” The headline from the site in question, TMZComedy.com, read, “Michael Jordan Earns $1 Dollar Everytime Crying Meme Shared on Facebook/IG.”

The faux article sparked a series of tweets from Ja Rule, who seriously believed that Michael Jordan actually received one dollar anytime his infamous “crying face” meme is posted on social media. Rule seemed happy to share the news with his followers, who he referred to as “#Sheep.” Bruh. That’s just not how the Internet works. And social media was quick to let the rapper know that too. So quick that he deleted his original tweets, probably not realizing that they will live on forever in the form of screenshots (see above).

"We all laughing at the Jordan crying face he gets a 1$ every time it gets post. Jokes on us!!!" – @Ruleyork pic.twitter.com/hJq88i7lrl

@artschooldrop so if i just did this…..do jordan and ja rule BOTH get a dollar? ? pic.twitter.com/GuG8ema1a5

RT @Ruleyork while we all laughing at the Jordan crying face he gets a 1$ every time it gets post. Jokes on us!!! pic.twitter.com/AsGDIdZMn1

At this point, I’m sure someone sat Ja Rule down and explained to him the ins and outs of this thing here we call the Internet.

After his “Internet Awakening,” Rule returned to Twitter to inform everyone that he had achieved enlightenment:

Oh so this is how the Internet works… Say dumb shit get a bunch of new followers!!! ? this won't be easy for me y'all but I'll try… ???

I ain't even gonna lie I'm dying laughing over here reading all this I have a great sense of humor y'all stupid as shit… Lmfao!!!

Hey, we all learn new things everyday. It’s good to see that Ja Rule has a sense of humor and is taking this whole thing in stride though.