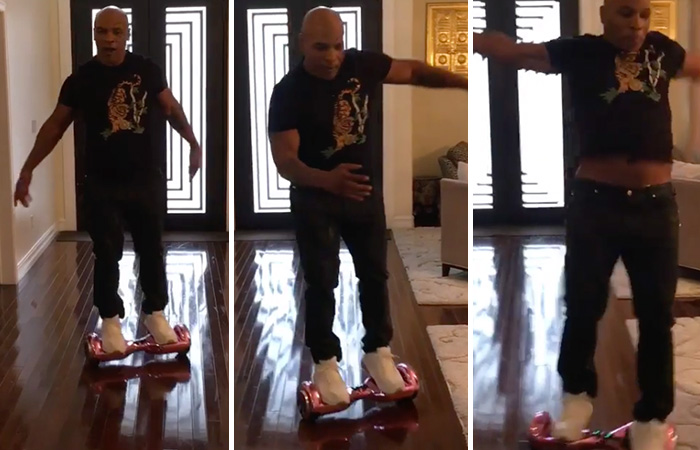 Mike Tyson has the Internet dying with laughter again.

Footage of the former heavyweight champion taking a nasty fall while riding his daughter’s hoverboard has gone viral and it isn’t something anyone with two eyes and ears would want to miss.

Mike posted the video on his Twitter and Instagram Tuesday and has been a good sport, joking about how badly he busted his a**.

Everything seemed cool at first. “Hey, I got this!” Mike probably said to himself.

“Seemed like a good idea to ride my daughter #milantyson #cyboard #hoverboard but guess not…” he shared on Twitter.

Seemed like a good idea to ride my daughter #milantyson #cyboard #hoverboard but guess not… pic.twitter.com/Cjn4s22E5l