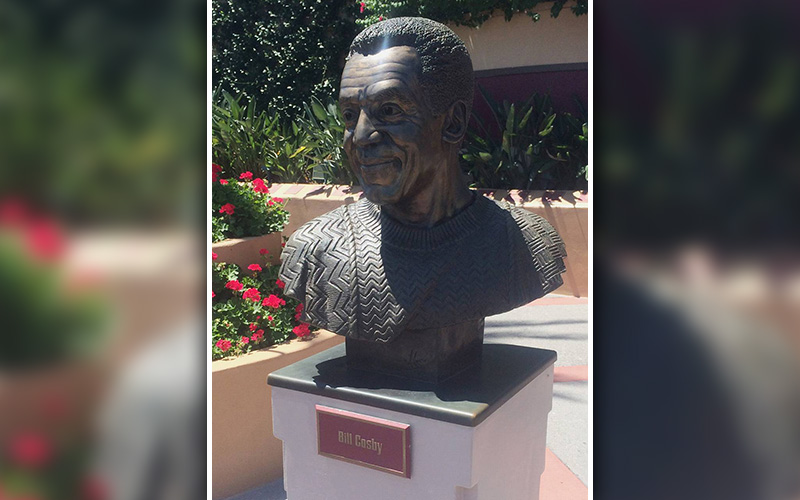 A spokesman for the Walt Disney World Resort near Orlanfo, Florida confirmed today that a bronze bust statue of Bill Cosby has been removed from the park.

The statue, which was on display at Disney’s Hollywood Studios theme park, was removed when at the close of business Tuesday night, the spokesman told NBC News.

The decision to take down the statue came just one day after unsealed court documents revealed that Cosby admitted to using quaaludes and Benadryl to drug women he wanted to have sex with.

A Change.org petition was created several months ago urging Disney World to remove the statue, which was displayed at Disney World’s Hall of Fame Plaza alongside statues depicting other famous TV icons who have been inducted into the Television Academy Hall of Fame such as Lucille Ball, Oprah Winfrey, Andy Griffith and Walt Disney himself.

“The Disney name is synonymous with family-friendly entertainment and with Mr. Cosby in the media daily facing accusations of sexual assault with the number of victims ever-climbing, it is inappropriate for Disney Parks to have a replica of Mr. Cosby’s likeness on display,” the petition stated.

An individual with knowledge of the statue’s removal told The Wrap that Disney’s decision was made after an internal review, and was not sparked by the petition.