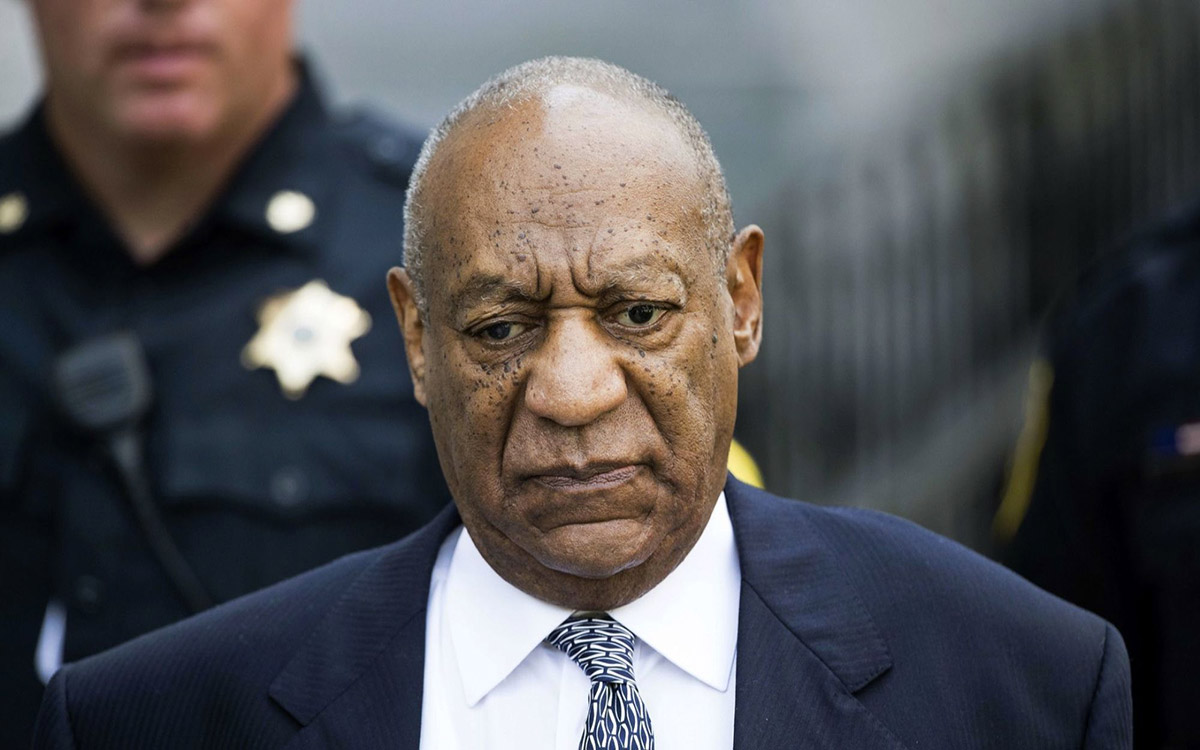 Bill Cosby is NOT eligible for Pennsylvania Governor Tom Wolf’s new order saying that inmates at risk for contracting coronavirus be temporarily reprieved, according to documents obtained by The Wrap.

According to Gov. Wolf’s order, which was issued on April 10th, the program does not apply to people who have been convicted or sentenced for “a crime of violence, or any criminal attempt, criminal solicitation, or criminal conspiracy to commit a crime of violence.”

Unfortunately for Cosby, the crimes he’s convicted of fall right into that category … which means that he is ineligible for Gov. Wolf’s order.

Cosby was sentenced in 2018 to three to 10 years in prison after a jury convicted him of aggravated indecent assault based on testimony from Andrea Constand, a woman who said the former TV dad drugged and molested her.

Cosby’s publicist issued a press release Thursday (Apr. 16) suggesting that Cosby’s team was expecting him to be released and remanded to house arrest under Gov. Wolf’s order due to him being a “non-violent elderly” inmate.

However, a spokesperson for the District Attorney’s office said: “Mr. Cosby is not eligible under Gov. Wolf’s order since he was convicted of a violent offense (aggravated indecent assault) and was determined to be a sexually violent predator.”

Cosby was accused of sexual assault by at least 60 women and is currently serving out his sentence of three to 10 years at a prison facility in Collegeville, Pennsylvania.

Last year, he said in an interview with Black Press USA that he had no “remorse” for his actions and claimed his trial was a “set-up.”

He added: “When I come up for parole, they’re not going to hear me say that I have remorse. I was there. I don’t care what group of people come along and talk about this when they weren’t there. They don’t know.”

Meanwhile, Tiny Harris recently expressed her opinion on the situation, saying that she believes Cosby should be released from prison due to the coronavirus pandemic.

“I f**king love it,” Harris said earlier this month on her The Tiny Jo Show podcast (with friend Shekinah Jo) of the idea of the 82-year-old being sent home early.

“No disrespect to the women that were involved,” she noted,” adding that “[Cosby] is older, and he’s been in there doing his time. I’m not sure how much time he did.”

Shekinah added: “I think it’s f**ked up that you women did that to Bill … ‘Cause nine times out of ten, real talk, y’all was trying to f**k y’all way to to the top.”

Shekinah went on to basically accuse the women of clout-chasing, saying that some women will do anything for fame.

“You know how bad people want fame and want to be a celebrity these days? They’ll do anything for a role,” she said.

Tiny said that though she agreed Cosby should come home for health reasons, she also acknowledged that Shekinah should be careful not to victim blame.

“I feel like that’s not fair,” she said. “We know that goes on, but that’s not fair to do to the victims because we don’t really know [their] story.”

Shekinah then apologized for her statement, saying: “Bill, I want you out of there. I’m sorry. And to the victims that Bill messed over— I’m sorry to y’all, too. I just was goin’ into the other Gemini. I didn’t mean to say that to y’all. No one should be f***ed under a pill under pressure.”