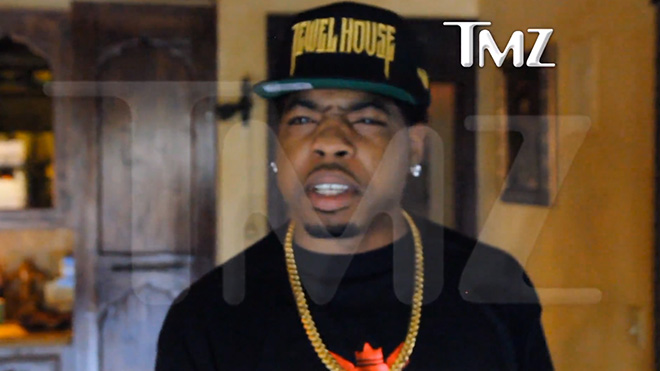 According to Webbie, he and 50 made a bet at the Terence Crawford-Yuriorkis Gamboa lightweight title fight last weekend.

For those who don’t know, Fiddy manages Gamboa and Webbie is good friends with Crawford.

In a video captured by TMZ (above), Webbie says he walked in the ring with Crawford and made the bet with Two Quarters, but so far Five Dimes hasn’t forked over any cash:

Webbie says he walked his homie Crawford into the ring where he greeted 50 Cent and immediately threw down a challenge: “I say 50, what’s happening? I say I got a mil on my dawg!”

Cut to the 9th round when Crawford knocked out Gamboa, and BOOM … $1 MILLION payday for Webbie … or so he thought. In the clip, it sounds like the Louisiana rapper thinks he’s getting stiffed.

Who knows? Webbie ain’t got it all anyway … so this could be something he just made up in his head, SMH!