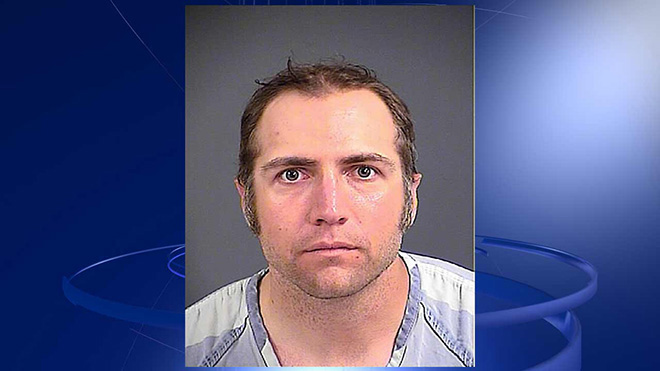 South Carolina police arrested a man for taking a big ol’ dump in the middle of a hotel lobby floor.

According to reports, 31-year-old Ronnie Lee Warfield was taken into custody early Sunday morning (Apr 13) after police were summoned to the Francis Marion Hotel in Charleston, S.C. regarding a “large quantity of fecal matter” in the hotel’s lobby, just outside the bathroom.

A police officer walked into the bathroom and found Warfield naked and cleaning himself in one of the stalls. The officer said the door was open and anyone who walked in could have seen him nude.

“I didn’t mean to do it,” Warfield reportedly told the officer. “I couldn’t hold it.”

According to the report, hotel employees told police they watched Warfield from the hotel’s camera system. He was trying to enter the code for the restroom door and appeared to be having trouble, so he took off his pants and defecated on the lobby floor.

Employees offered the surveillance footage to police and asked that Warfield be banned from the hotel.

Warfield was arrested — after he put his pants back on, of course — and while another officer was talking to a hotel employee about what happened, the man interrupted them and offered to “clean it up,” apparently referring to the mess he made.

Warfield was instead hauled off to jail, and his bond was set at just under $1,000.