GOSSIPONTHIS.COM Celebs Conrad Murray Has Been Released From Jail and Wants A Reality Show 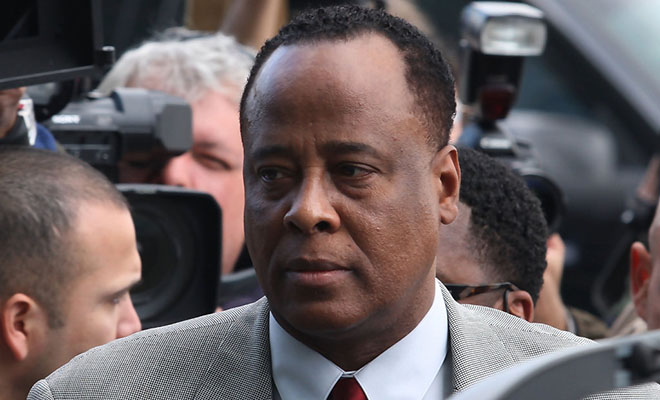 Conrad Murray has been released from jail and is already working to get his life and career back together.

Michael Jackson’s last physician is attempting to get his medical licenses reinstated in California, Texas and Nevada.

I don’t know about y’all, but even if this small miracle happens, who is going to want to be treated by this guy?

Moreover, if I were him I’d be worried that some crazed Michael Jackson fan would show up under false pretenses and pop off the minute I enter the room.

Oh. And not surprisingly, Conrad also wants a book deal and a reality show.

Sources connected with the doc tell TMZ … during his time in L.A. County Jail, Murray penned a large portion of a book about his life and his time with Michael Jackson.

We’re told a big chunk of the Jackson story casts blame on others and justifies his conduct in the treatment that ultimately killed the singer and sent Murray to the slammer.

We’re also told Murray would be open to some sort of reality show, following his life after jail.  Fact is … it would probably be entertaining.  Remember Murray singing to Anderson Cooper?

We’re told he does not have a publisher for the book.  We don’t know if any reality show producers have expressed interest, but you can bet they’ll come a calling.

I have not a single interest in either thing happening. Do you? Probably not, and you shouldn’t.