GOSSIPONTHIS.COM Celebs A 33-Year-Old Man Spent $100,000 to Not Look Like Justin Bieber 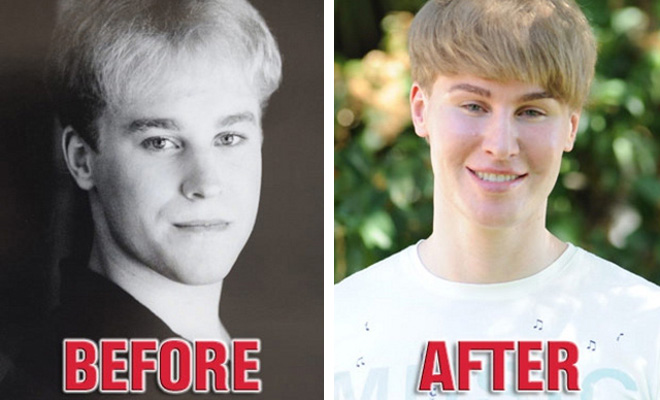 People spend a lot of money on a lot of stupid things, but nothing tops what this grown man named Toby Sheldon did with nearly $100,000.

Only thing is, as you can probably tell, Toby looks nothing like Justin Bieber. Not even close.

This is the part where Jesus weeps and takes the wheel y’all.

His last time under the knife back in July, Sheldon had the sides of his mouth extended in a controversial procedure known as “smile surgery.”

That particular elective set Sheldon back some $15,000.

“My smile surgery took more than a month to recover from,” Sheldon recalled. “And, after my eyelid surgery, I couldn’t open my eyes for a week.”

Still, Sheldon believes his investment has paid off.

“My friends shower me with compliments,” he says. “They even call me Toby Bieber.”

Toby needs better friends. You know, or at least someone to tell him who he really looks like: