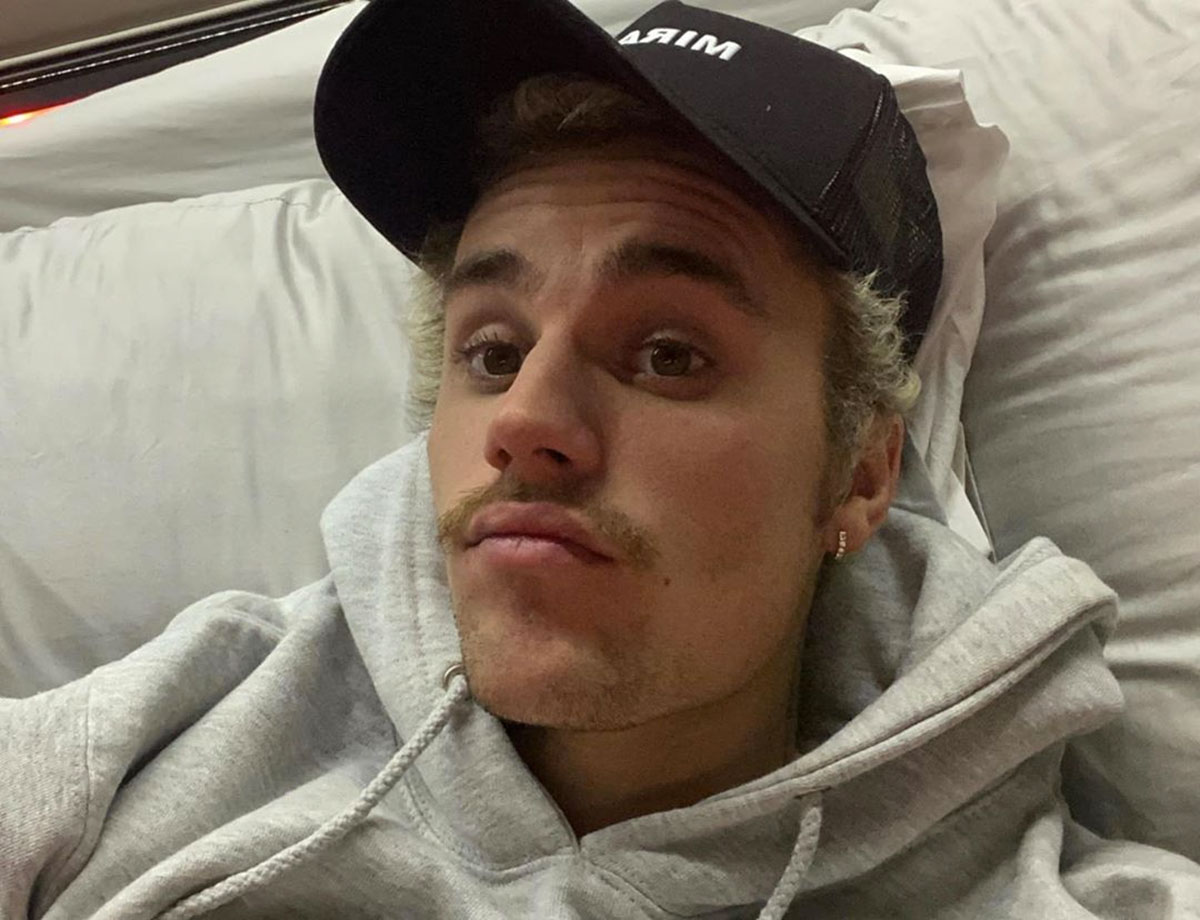 UPDATE: Justin Bieber has taken to social media to respond to the allegations from a random Twitter user calling herself “Danielle” who said he sexually assaulted her in a hotel room years ago.

“Rumors are rumors but sexual abuse is something I don’t take lightly,” the pop star tweeted on Twitter Sunday night (Jun. 21) just hours after the allegations emerged.

“I wanted to speak out right away but out of respect to so many victims who deal with these issues daily I wanted to make sure I gathered the facts before I made any statement.”

Justin went on to say that “There is no truth” to the story and provided ACTUAL RECEIPTS proving that he was never even at the location where the alleged incident is said to have occurred.

He concluded: “Every claim of sexual abuse should be taken very seriously and this is why my response was needed. However this story is factually impossible and that is why I will be working with twitter and authorities to take legal action.”

See his tweets below:

I don’t normally address things as I have dealt with random accusations my entire career but after talking with my wife and team I have decided to speak up on an issue tonight.

Rumors are rumors but sexual abuse is something I don’t take lightly. I wanted to speak out right away but out of respect to so many victims who deal with these issues daily I wanted to make sure I gathered the facts before I made any statement.

In the past 24 hours a new Twitter appeared that told a story of myself involved with sexual abuse on March 9, 2014 in Austin Texas at the Four seasons hotel. I want to be clear. There is no truth to this story. In fact as I will soon show I was never present at that location.

As her story told I did surprise a crowd in Austin at Sxsw where I appeared on stage with my then assistant side stage and sang a few songs. What this person did not know was that I attended that show with my then gf Selena Gomez

This article from 2014 talks about Selena being there with me. https://t.co/Jr2AE0brY2

These photos clearly show me on stage with my assistant sidestage and the other with both of us in the streets of Austin afterwards on March 9 2014 pic.twitter.com/WlC6KAvJOZ

Here is article that shows we didn’t arrive in Austin that night from Selena’s show in Houston until late in the night. https://t.co/BsxCoMasqa

The other reason this story might say I was staying at the four seasons was because a tweet from 2014 on March 10th not the the 9th says they saw me there . This is that tweet pic.twitter.com/piTHxjajvi

However I never stayed at the four seasons on the 9th or the 10th. This person put another tweet up earlier saying they saw me at the restaurant the following night not the hotel pic.twitter.com/K4WHNRlC6k

Furthermore I stayed with Selena and our friends at an airbnb on the 9th and on the 10th stayed at a Westin because our hotel reservation at LÀ Quinta and not the four seasons was messed up. Here are the receipts for the hotel on the 10th pic.twitter.com/hLNHnvJ6XS

We have also confirmed with the Four Seasons regional manager that I was never on property on the 9th of March 2014 and never a guest on the 9th or the 10th and I welcome all press to inquire with them if needed or wanted.

The Pics I showed of me and Selena march 9 in Austin should make it clear that we were together that night and went from the venue to our Airbnb and never went to the four seasons. This is our airbnb receipt where we crashed with our friends pic.twitter.com/4ZDIqjeCIQ

On march 10th selena left for work and I stayed at the Westin as the receipts clearly showed with my friends nick and john before I left town. Once again not at the four seasons. We booked it for a couple days to stay for the defjam show but I bailed on the 11th to head back home pic.twitter.com/Ku15SCYz91

I won’t be using mike lowery anymore as an alias

Every claim of sexual abuse should be taken very seriously and this is why my response was needed. However this story is factually impossible and that is why I will be working with twitter and authorities to take legal action.

A few hours after “Danielle” shared her story (which has since been deleted) an Instagram influencer with more than 200,000 followers named Kadi shared her own story accusing Bieber of sexual assault, which she said took place in 2015. Kadi started off her message by writing: “I believe Danielle.”

While Bieber has not yet commented on Kadi’s accusations, it’s very telling that the “Danielle” girl deleted her Twitter account with the initial allegations.

The first woman, who wishes to remain anonymous beyond her first name, “Danielle,” said she was inspired to come forward with her story about Bieber after a woman named Gabby revealed that she was sexually assaulted by Elgort when he was 20 and she was 17. Elgort denied the allegation saying that they were in a legal, consensual relationship.

Danielle said that on March 9th, 2014, she and two friends were attending an event hosted by Bieber’s manager Scooter Braun at Banger’s Sausage House and Beer Garden when Bieber made a surprise appearance with his then-girlfriend Selena Gomez and sang a few songs.

Danielle claimed that Bieber took pictures with her and her friends (though she declined to share the photos for legal reasons) before inviting them to hang out with him and his crew at the Four Seasons Hotel.

She alleged that she eventually wound up in a room alone with Bieber, who then proceeded to kiss her and remove her underwear before he “forced himself” inside her, despite her protests.

“Although, this was 6 years ago, although I was one year older than him (he was 20, I was 21), I was still sexually assaulted without consent,” she said, adding that “Just because he is a huge pop star with a lot of money and millions of fans, doesn’t make this okay and should go unnoticed.”

My name is Danielle. On March 9, 2014, I was sexually assaulted by Justin Bieber. pic.twitter.com/zUX4HJewPn

After Danielle shared her story, another woman named Kadi came forward detailing a similar story of being taken to Bieber’s hotel room in New York City during the early morning hours of May 5th, 2015 along with four other girls.

“I believe Danielle, I am a victim of sexual assault by Justin Bieber too,” Kadi wrote on Twitter.

She said Bieber followed her into a bathroom and locked the door behind him before proceeding to kiss her and touch all over her body. She claimed he then pushed her down on the bed and forcibly penetrated her, at which point she “pushed him and kicked him between the legs” before running out of the room.

As evidence, Kadi shared screenshots of conversations she says were with Bieber’s bodyguard at the time and another girl who was there that night in 2017.

A third woman, who didn’t release her name, also posted on Twitter that she was “full on groped” by Bieber when she was 17.

“He quite frankly didn’t care how old I was and knew he could do whatever he wanted,” she wrote, adding: “My friends on here have seen the picture.”

After the story from the first accuser, Danielle, went viral, Allison Kanye—who is the president of Scooter Braun Projects (Bieber’s management team)—was seen denying the allegations in a private message apparently sent to a fan account via Instagram.

“An allegation like this is something we would never take lightly but this read exactly like the Ansel Elgort allegation so we were a little suspicious,” Kaye said in the message.

She said the allegation was “factually impossible” because Bieber wasn’t even staying at the hotel where the alleged assault happened.

“After the event on March 9th, Justin stayed at an Airbnb where I was also staying,” Kaye wrote, adding that Bieber didn’t stay at the Four Season, but rather the Westin. “Sorry it took so long to respond but we wanted to be respectful and address it with real info,” she concluded.

While Bieber himself has not yet commented on Danielle’s story, the singer was spotted in Austin on March 9th, 2014 and performed at Banger’s Sausage House and Beer Garden, as reported by CTV News.

There’s also video of Bieber hanging out with Selena Gomez in Austin the night of March 9th, 2014.

For what it’s worth, a Justin Bieber fan account also uncovered tweets from Kadi contradicting her story because she was tweeting in 2015 (the year after the alleged incident occurred) as if she’d never even met Bieber.

The person who is accusing Justin Bieber HAS NOT met him. pic.twitter.com/75VvJ9VkcE

Meanwhile, Twitter has exploded with responses to the allegations and purported response from Bieber’s camp, with some people defending the singer and others wishing to cancel Bieber, getting #JustinBieberIsOverParty to trend.

There’s just so much proof that justin bieber was actually there, believe the victim not a rich man who said “rape happens for a reason” pic.twitter.com/OdDQIKxkFJ

This is how ppl who still defend Justin Bieber look.#justinbieberisoverparty pic.twitter.com/wcFfUjxAdw

Justin Bieber has literally ADMITTED to “abusing all of [his] relationships” AND being “disrespectful to women.” It’s time we start holding celebrities accountable for their disgusting actions. #justinbieberisoverparty pic.twitter.com/lCgLPxJOMk

It is astounding that there is actual proof that the girl who accused Justin Bieber of assault has never met him and has been begging to meet him after she says the assault occurred. And yet people have already pronounced him guilty on the Internet. https://t.co/YPuWlaTdkk

Justin Bieber has done so much shit that you can almost call it a “miracle” how he still has a career. This is an addition to the ever growing list. It’s not the start so literally stfu. Believe the victim always not a possible rapist.

Justin Bieber is like a book. He is judged by the cover but nobody read his story
WAIT FOR JUSTIN, DON'T JUDGE QUICKLY pic.twitter.com/tkgk70g4Pm

???? sexual harassment is SERIOUS! girls and boys suffer with it EVERY SINGLE DAY. this is a REAL THING. it's sad to see someone joking and writing stories about this stuff. so STOP. it’s not funny. this us not a joke!!!!!!!!

the girl so made the allegations is a belieber and she joked about it in 2014. pic.twitter.com/xKnLu3PB7p

it’s also funny to see the way she mentioned danielle on her tweet. danielle tweeted on 6/21 and kadi wrote her story on 6/20 ?? weird. pic.twitter.com/zs5x5vDxKd