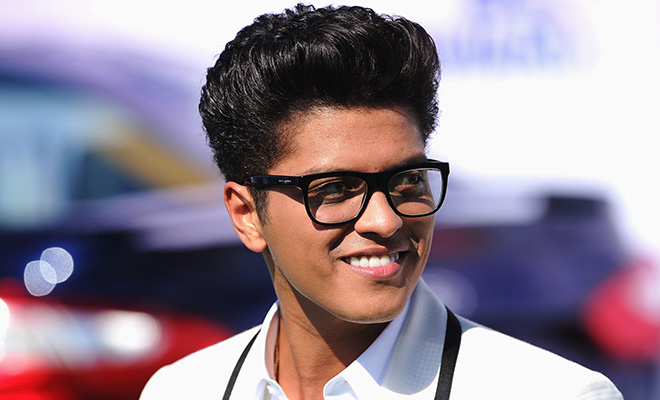 Over the weekend, the Associated Press reported that sources close to the NFL had named Bruno Mars as the performer for the Halftime Show to be held during the 2014 Super Bowl, and Mars confirmed the news on Twitter Sunday morning with a tweet full of exclamation points:

Super Bowl XLVIII will be played February 2nd at the MetLife Stadium in Easter Rutherford, NJ.