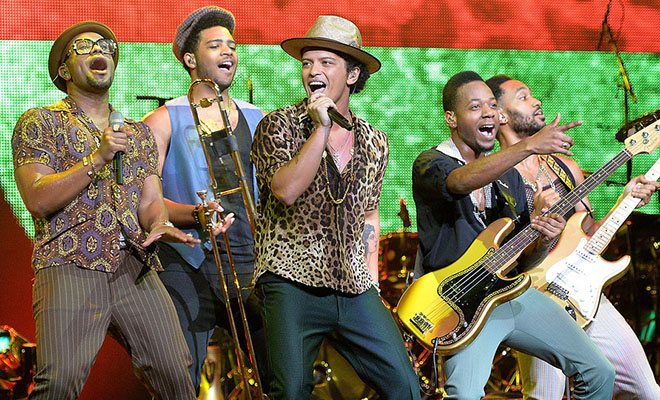 Bruno Mars may have only two albums under his bet, but that doesn’t mean he isn’t a viable candidate for next year’s Super Bowl Halftime Show.

A person said to be “familiar” with the NFL’s entertainment plans revealed to the Associated Press earlier today that Mars will take on the biggest stage of his 7-year music career during Super Bowl XLVIII in February 2014.

An official announcement is expected to be made in New York City on Sunday, but seeing as this report comes from the AP it’s as good as confirmed.

If this turns out to be true, Bruno will have some pretty big shoes to fill. Beyonce’s 12-minute performance earlier this year featured a surprise (but expected) appearance from her former Destiny’s Child bandmates, and the whole thing was so explosive that it caused the power in the stadium to go out afterward.

Super Bowl XLVIII will be held at the MetLife Stadium in East Rutherford, NJ on February 2nd 2014.

Bruno Mars just wrapped hits the North American leg of his “Moonshine Jungle Tour,” and the Grammy winner is scheduled to take on Europe in October before heading to Australia and New Zealand next spring.