Does this surprise anyone??

According to reports, it took two officers to restrain and handcuff Jones — who allegedly had been asked to leave a local bar, but refused.

Jones was booked into Hamilton County jail at 3:00 AM and is still in custody.

Jones has had numerous run-ins with the law throughout the years and was suspended by the NFL for the entire 2007 season and for part of the 2008 season for off-the-field conduct. 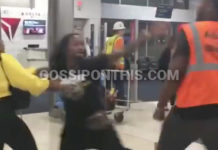