Applebee’s is making changes to the way they distribute alcohol after a toddler was accidentally given some at a Detroit area location. Starting this week, the popular restaurant chain will pour juice for children from single-serve containers right at the table. Applebee’s also plans on re-training their workers.

A parent ordered her 15-month-old son a kid’s meal and asked for apple juice Friday afternoon, but was accidentally given a leftover mixed drink combination mislabeled as apple juice. The infant was checked out by doctors and the family was told his blood alcohol level was .10, which is actually OVER the legal limit for an adult driver.

Luckily, 15-month-old Dominic Dill-Reese is expected to be okay, despite the incident. 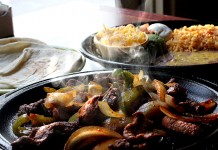