Apparently … celebrities aren’t the only ones stepping up to the help the victims of Japan’s earthquake and tsunami. Billion dollar companies are getting in on the charitable occasion as well.

A pair of American billionaires, Do Won Chang and his wife Jin Soon Chang, announced that they would donate an entire day’s worth of global online sales from their retail chain, Forever 21, to the American Red Cross to help aid the grief-stricken people of Japan. The website ran a red circle on its front page with the message “100% for Japan. Shopping can do a world of good” in the center.

So far the company says the response has been strong. According to Don Chang, as he is known, (pictured at left with his daughter Linda, who runs marketing)  total sales, which will be announced no later than Monday, will likely reach $2 million.

The firm has been criticized for copying designer clothes and has been sued about 50 times for copyright infringement. Born-again Christians, the two keep bibles in the office, and print John 3:16 on the bottom of each shopping bag.

Wow. They essentially helped two groups of people at the same time: Japan and shop-a-holics, who got 1 full day of guilt-free shopping. Now that was nice of them! 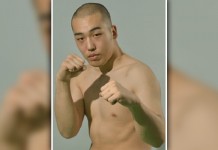