NBA player O.J. Mayo and his Memphis Grizzlies teammate Tony Allen got into a fight on an airplane (of all places, SMH!) earlier this week over some serious BS! The basketball players reportedly came to blows over an unpaid gambling debt Monday (Jan 3) on a team flight back to Memphis from Los Angeles.

According to reports, Mayo owed Allen some money following a card game and refused to pay him. And to add insult to injury, Mayo began to taunt Allen about the gambling debt to the point that Allen completely snapped and started swinging at Mayo. Things got so bad, that the players’ teammates had to step in and separate the two.

But now, all is well with Tony Allen and O.J. Mayo, who says that they have no hard feelings towards each other.

“There definitely was an altercation between me and T.A.,” Mayo said. “By the way, that’s one of my good friends on this team. So, no hard feelings amongst each other.”

“T.A.” said he and Mayo even shook hands and joked around at practice Thursday, just three days after Monday’s fight.

“Me, O.J. and the team, we pretty much had a whole practice on focusing on our offense and getting better with our defense,” Allen said. “I pretty much think it’s behind us. That’s how we’re looking at it at this point.”

In statements released this week, officials from the Grizzlies say that Allen will be fined an undiclosed amount, and that the team has banned gambling on team flights, bus rides and “anytime players are on official business with our team” from this point forward. 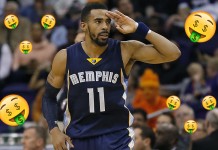 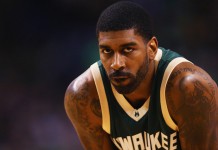