The very first WNBA brawl involved on of the most respected WNBA teams, The Los Angeles Sparks, in yesterday’s game against the Detroit Shocks. Candace Parker, Lisa Leslie and Plnette Pearson were all involved in a brawl and were ejected from the court moments after. The Los Angeles Sparks also took the victory of the game by 3 points (84-81). 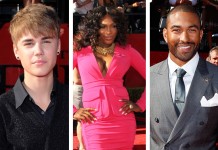