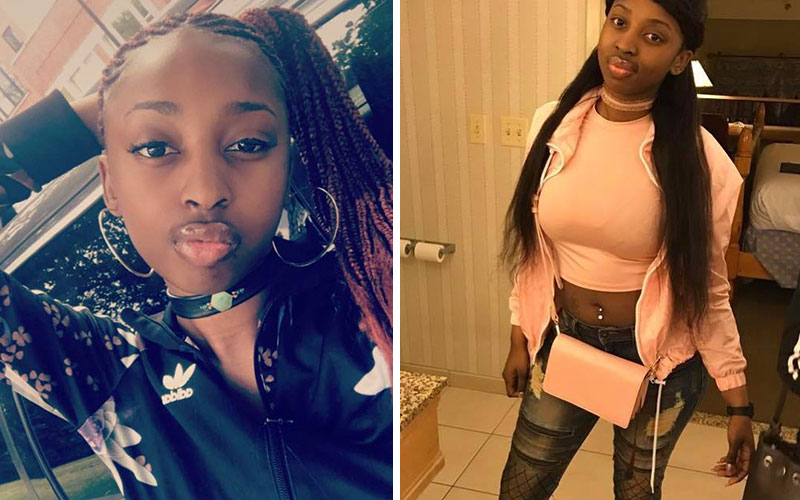 Alcohol intoxication and the use of a drug for treating epilepsy and migraines were “significant contributing factors” in the death of 19-year-old Kenneka Jenkins, according to the Cook County Medical Examiner’s Office.

Initial autopsy results proved inconclusive, but results from the toxicology tests have revealed alcohol, caffeine and topiramate (an epilepsy/migraine medication) were in Jenkins’ system when she died. Her blood-alcohol concentration (BAC) was 0.112, which is higher than the legal limit of 0.08 for motorists.

Following a full review of the autopsy and toxicology results, Jenkins’ death has officially been ruled an accident.

The Medical Examiner’s Office said that she died from hypothermia after being exposed to conditions of the walk-in freezer and the combination of the alcohol and the topiramate drug can enhance each other. The coroner’s office also said it’s not known exactly when Jenkins died or how much alcohol she consumed.

The combination of alcohol and topiramate found in her blood can cause “impaired memory and concentration, poor coordination, confusion and impaired judgement,” among other adverse effects, the coroner’s office said. This, in addition to cold exposure, could have sped up the onset of hypothermia and death, the office said.

Jenkins’ family reportedly told investigators she didn’t have a prescription for the topiramate medication and the amount of the drug in her system was said to be in the “therapeutic range,” according to the coroner’s office.

“Alcohol and topiramate are synergistic. When combined, the effect of either or both drugs is enhanced. Topiramate, like alcohol, can cause dizziness, impaired memory, impaired concentration, poor coordination, confusion and impaired judgment,” the news release stated. “Central nervous system depression, or impairment, combined with cold exposure can hasten the onset of hypothermia and death.”

The autopsy also found “mucosal erosions,” a type of lesion, in Jenkins’ stomach, which basically confirmed Jenkins had suffered from hypothermia. The autopsy also uncovered an abrasion to her right ankle and a purple contusion on her right leg, but no other sign of external or internal trauma. The coroner’s office also said her brain was swollen, however, that isn’t indicative of a specific cause of death.

The Chicago teen has been the subject of rampant social media speculation for the past few weeks after she was found dead in a hotel freezer nearly a month ago on September 10th.

Jenkins was initially reported missing after her friends lost track of her following a party at the Crowne Plaza Hotel the night of September 8th.

When the news was first reported, the initial lack of information released by authorities sparked online conspiracy theories that she was attacked and killed. The speculation was fueled by several videos showing the party that were shared on Facebook and Snapchat.

From the Chicago Tribune:

On Sept. 27, the medical examiner’s office went back for a follow-up investigation. A forensic pathologist assigned to Jenkins’ case and the office’s chief of investigations, a former New Orleans Police Department homicide detective lieutenant, went to the hotel and followed the path Jenkins took to a kitchen on the lower level of the hotel, the office said.

Rosemont police led the staff through the main kitchen area, up a set of stairs into a second kitchen area that was said to be unused at the time of Jenkins’ death, the office said.

The freezer Jenkins was found in was capable of getting to a temperature of 8 degrees, the medical examiner’s office noted.

The cooler and freezer were both outfitted with external handles that must be pulled to open, the office said. The inside of the freezer door was equipped with a circular release mechanism, the office said.

Rosemont police told the medical examiner’s staff that the light inside the freezer was not on when Jenkins was found. There is a light switch outside the cooler door, the office said.

Early on in the investigation, authorities suspected she walked into the freezer by herself on accident, but Jenkins’ family and social media sleuths weren’t buying that theory, so police released video footage from the hotel’s security cameras showing the teen wandering the building by herself and appearing disoriented.

Unfortunately, there isn’t any video footage of Jenkins actually entering the freezer because there are no cameras that directly show those doors.

Federal authorities declined to open their own probe into Jenkins’ death after Rosemont police said they interviewed two dozen people and were satisfied that she wasn’t murdered.

Meanwhile, in anticipation for a lawsuit against CPO Hospitality LLC, Crowne Plaza Chicago O’Hare Hotel and F & F Realty Ltd, attorneys for Jenkins’ family are conducting their own investigation and they have suggested the hotel may be at fault for her death.

Jenkins’ family filed a legal document in Cook County Circuit Court Friday claiming several padlocks could have prevented entry to the unused freezer were available nearby but not used. The abandoned and unused kitchen also had its cooking stoves and ovens removed, but the empty walk-in freezer was still operating for “an unknown reason.” The court filings also revealed a private investigation found no evidence of injury from a physical attack or sexual assault.

Kenneka Jenkins was laid to rest on Saturday, September 30th following a funeral that was attended by over 1,000 people, including many who never even knew Jenkins or her family.

A video posted on YouTube showed one of Jenkins’ friends, Monifah Shelton, hugging Jenkins’ mother Tereasa Martin at the cemetery.

According to the Chicago Sun-Times:

Friends and family did not speak during the funeral; instead it was up to pastors James Meeks, a former state lawmaker, and Andre Williams to eulogize the young woman.

“Some of us are best friends because of Kenneka,” Williams said. “She was sent her to serve a purpose — which she did — and that was to touch the world.”

Much of the service honored [Kenneka’s mother Tereasa] Martin, who had undergone a double mastectomy not long before Jenkins’ death. Many pointed to Martin’s strength during the weeks that followed both her surgery and the death of her daughter.

“We’re not here to solve this, we’re not here to ask questions,” Rev. Meeks said. “We’re here to wrap our arms around a mother, a father, many aunts and uncles and friends who have lost a loved one.”

Meeks pointed to Martin many times during the service. “We live in a mean world with mean and cruel people, but we can’t let that stop us.” 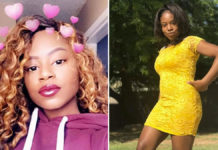