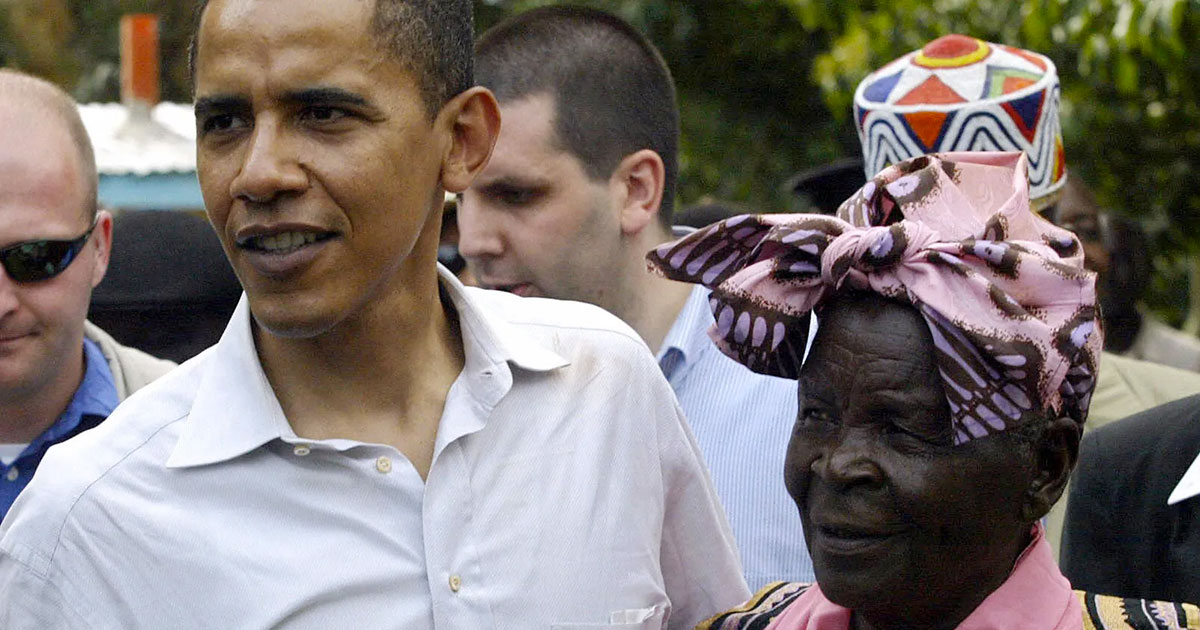 Known as Mama Sarah, she passed away early Monday (Mar. 29) at a hospital in the city of Kisumu in western Kenya, her daughter Marsat Onyango told the Daily Nation newspaper.

A family spokesperson said that she’d been ill for a week, but did not die from COVID-19, as she had tested negative for the disease.

Mama Sarah rose to national fame in Kenya back in 2008 after Barack Obama was elected president of the United States.

Tourists were known to visit Kogelo, the village where she lived, and would often knock on her door.

She used her celebrity to promote her educational and philanthropic efforts, and established the Mama Sarah Obama Foundation, which provides food and education to orphans, France24 reported.

“The passing away of Mama Sarah is a big blow to our nation,” Kenyan President Uhuru Kenyatta said in a statement. “We’ve lost a strong, virtuous woman. A matriarch who held together the Obama family and was an icon of family values.”

"The passing away of Mama Sarah is a big blow to our nation??. We've lost a strong, virtuous woman. A matriarch who held together the Obama family and was an icon of family values," ~President Uhuru Kenyatta

According to the family spokesperson, Mama Sarah will be buried on Tuesday (Mar. 30).

“We will miss her dearly,” Barack Obama said in a statement, “but we’ll celebrate with gratitude her long and remarkable life.”

My family and I are mourning the loss of our beloved grandmother, Sarah Ogwel Onyango Obama, affectionately known to many as “Mama Sarah” but known to us as “Dani” or Granny. We will miss her dearly, but we’ll celebrate with gratitude her long and remarkable life. pic.twitter.com/avDY4f1PVu