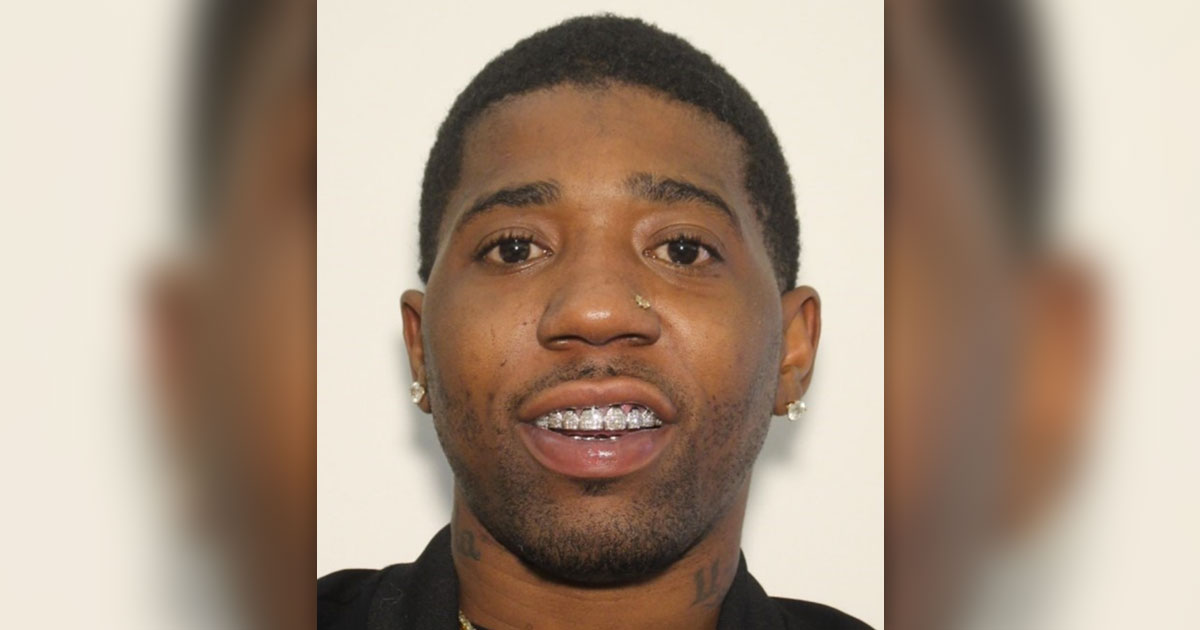 Rapper YFN Lucci is wanted on a number of charges, including murder, for his role in the shooting death of an Atlanta man last month.

According to reports, police were called on December 10th around 5:10 p.m. after a person was shot on the 900 block of Peeples St. in southwest Atlanta.

When officers arrived on the scene, they found 28-year-old James Adams laying in the street suffering from a gunshot wound to the head. He was rushed to Grady Hospital, where he died of his injuries.

A short time later, a second gunshot victim arrived at a nearby fire station via private vehicle with a gunshot wound to the abdomen.

The 32-year-old man survived his injuries, and while investigating, Atlanta Police Homicide Investigators later determined that the shootings were related.

As a result of the shootings (one of which was fatal), YFN Lucci—whose real name is Rayshawn Bennett—has been charged with felony murder, aggravated assault, participation in criminal street gang activity, and possession of a firearm during a commission of a felony.

While police are still looking for the 29-year-old rapper, two others allegedly involved in the crime—23-year-old Ra’von Boyd and 17-year-old Leroy Pitts—have already been arrested on similar charges in Miami.

A $5,000 reward is being offered for information leading to Lucci’s arrest. Anyone with information on his whereabouts has been asked to submit anonymous tips online at www.StopCrimeATL.com, call Crime stoppers at 404-577-TIPS (8477) or text 274637.