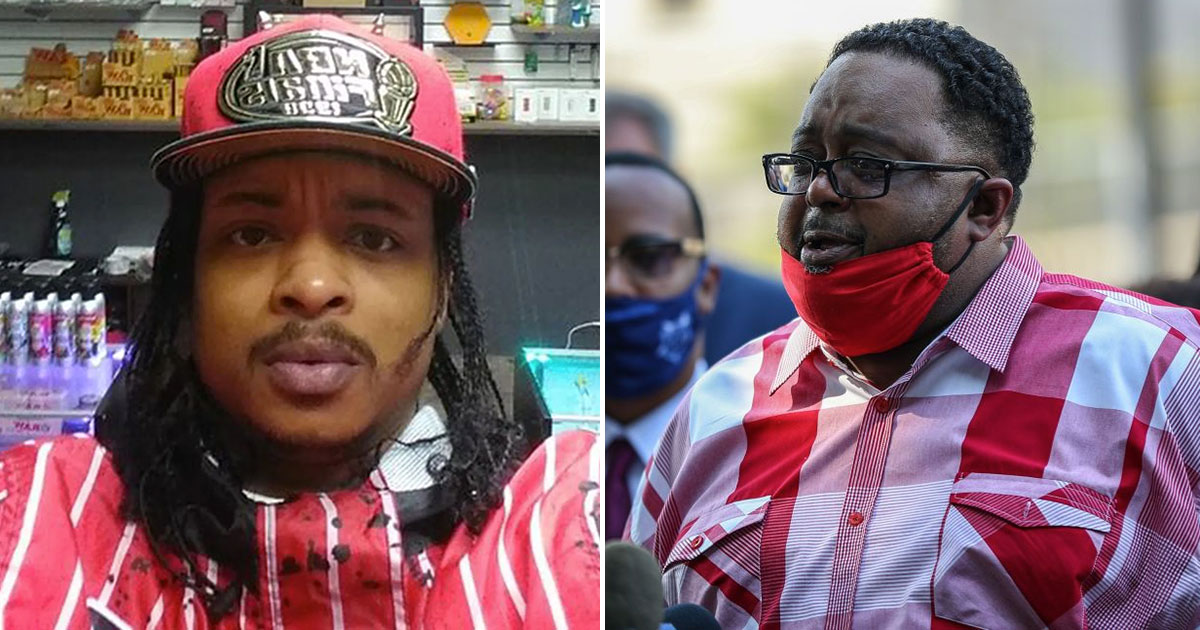 Jacob Blake’s dad says when he visited his son in the hospital Wednesday, he was handcuffed to the bed … even though he’s paralyzed from the waist down and unable to walk as a result of being brutally shot in the back seven times by a cop.

“I hate it that he was laying in that bed with the handcuff onto the bed,” Blake’s father, also named Jacob Blake, told the Chicago Sun-Times Thursday (Aug. 27), the day after he visited his son in the hospital. “He can’t go anywhere. Why do you have him cuffed to the bed?”

Officials haven’t announced any charges against Blake, and neither the Kenosha Police Department authorities, the Kenosha District Attorney’s Office, nor the Wisconsin Department of Justice responded to comment requests about his arrest or any pending charges.

Blake’s father said he hasn’t heard from the police department or Kenosha Mayor John Antaramian, though Wisconsin Gov. Tony Evers did reach out, he said.

Gov. Evers was asked at a news conference Thursday if he had any concerns about Blake being handcuffed. “Hell yes,” he said, adding: “I would have no personal understanding why that would be necessary. I can’t imagine why that’s happening and I would hope that we would be able to find a … better way to have him get better and recover.”

Jacob Blake was brutally shot seven times in the back on Sunday (Aug. 23) after offers responded to a call about a domestic dispute. Blake’s attorney, Benjamin Crump, said he was simply trying to de-escalate a situation before police accosted him.

DOJ officials identified the cop who opened fire on Blake as Officer Rusten Sheskey, a seven-year veteran of the Kenosha Police Department.

During the incident, officers attempted to arrest Blake, and even deployed a Taser in an unsuccessful attempt to stop Blake and subdue him.

Officials said Blake then walked around the vehicle and opened the driver’s side door. While holding onto Blake’s shirt, Officer Sheskey fired his service weapon seven times “into Mr. Blake’s back,” officials said.

Blake’s three children—ages 3, 5 and 8—were inside the vehicle at the time of the shooting.

DOJ officials noted that Sheskey was the only officer on the scene who fired their weapon. Officials said during the investigation following the incident, Blake “admitted that he had a knife in his possession.”

After the shooting, authorities say they recovered a knife from the driver’s side floorboard of Blake’s vehicle, but no other weapons were found. All of the officers involved in the incident have since been placed on administrative leave.

Blake’s shooting has led to several days of unrest in Kenosha this week. Two protesters were shot and killed Tuesday night (Aug. 25), and another was injured. 17-year-old Kyle Rittenhouse from Illinois was charged with first-degree intentional homicide in connection to the shooting.

Blake’s dad says his son thought he was hallucinating when he went to visit him in the hospital Wednesday.

“I told him, ‘You thought Daddy wasn’t going to see my son?'” his father said. “He grabbed my hand, held it real tight and started weeping, telling me how much he loved me.”

Though his son’s eyes were swollen, the elder Jacob Blake said he “looked and sounded like” his son, and he’s just happy he’s alive.

“It was way more than fulfilling,” Jacob’s father said. “It was a feeling I can’t describe.”