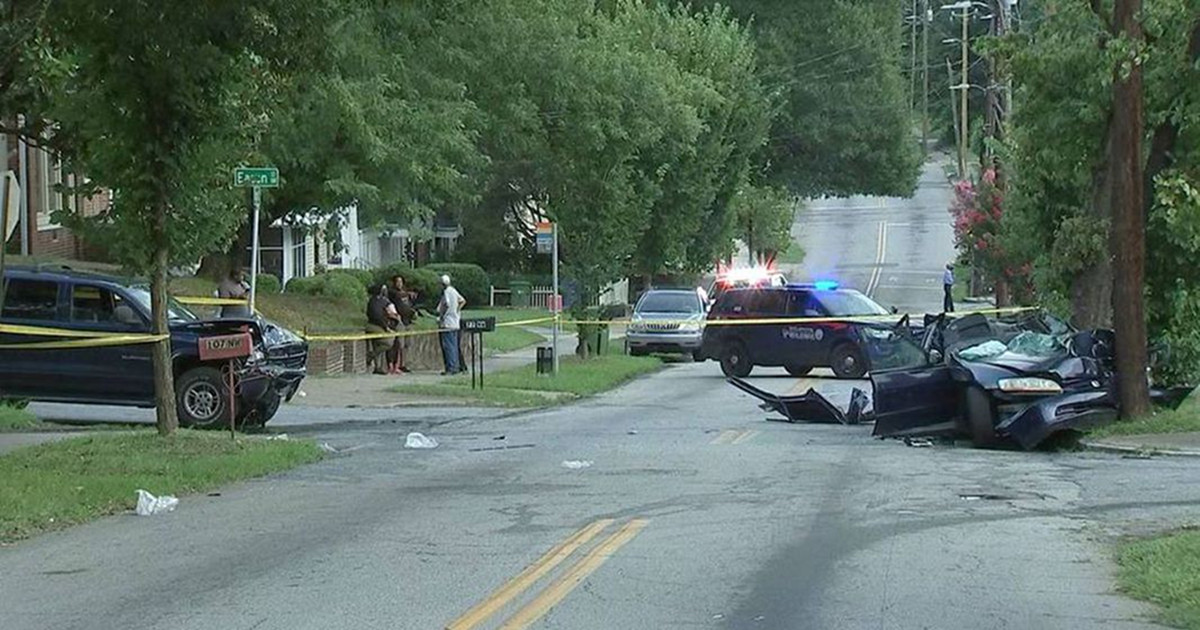 A tragic car crash has left an infant dead and a father hospitalized.

Atlanta police are investigating a two-car crash that occurred on Monday (Jul. 27) after a mother intentionally slammed into a car containing the father of her child and her 3-month-old baby girl.

“A father was traveling with his child on Eason Street when a mother driving a separate vehicle rear-ended their vehicle,” police sergeant John Chafee confirmed.

Details of the accident are still been investigated, but what we do know is that the father placed his daughter in his car and attempted to drive away.

The mother then rear-ended the car several times with her SUV, causing the dad to lose control and crash into a telephone pole.

The accident caused extensive damage. First responders had to cut the top of the car in order to get the baby out.

A neighbor says she took this video after the cars crashed and investigators worked to get the child out of the car. She says neighbors were terrified, praying for the child. #11Alive pic.twitter.com/zRelfImUcL

Dad and baby were both transported to the hospital, where the baby girl, unfortunately, died from her injuries. The father is in stable condition.

The case is being treated as a homicide. The mother was detained and questioned.