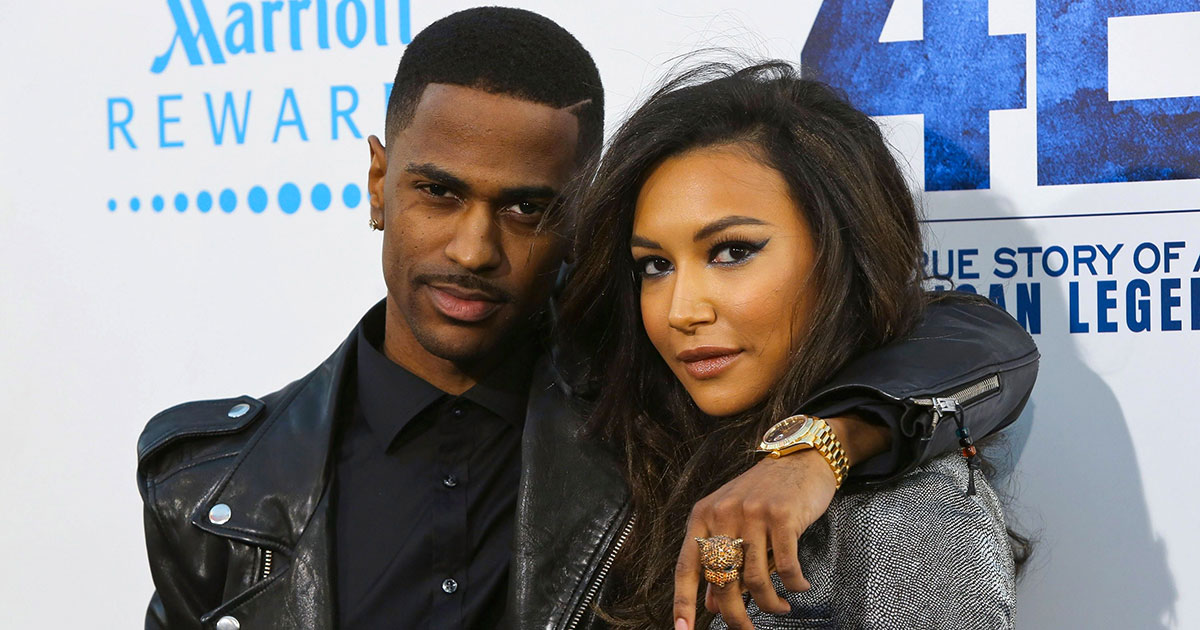 Big Sean is currently on the receiving end of backlash over his 2014 hit single “I Don’t F**k With You (IDFWU),” which he allegedly wrote about Naya Rivera after their breakup earlier that year.

As was previously reported, the former Glee actress’ body was found Monday (Jul. 13) in Lake Piru in California after she went missing last week.

Naya and Sean reportedly met on Twitter back in 2013 through Twitter DMs and started dating not long after.

“I had followed him, and he sent me a little message like, ‘I’m a fan,'” Rivera told Access Hollywood in 2013. “We went to dinner and the rest is history.”

The actress and the rapper made their relationship official in spring 2013 and announced that they were engaged to be married in October of that same year.

However, in April 2014, Big Sean called off the engagement amid rumors that he’d cheated on Rivera, though he denied the cheating allegations, saying that the relationship ended due to constant arguing and disagreements.

Sources also claimed to TMZ that the actress always wanted to know the rapper’s whereabouts and would say things like: “If you don’t listen to what I say, I’ll ruin your career.”

Insiders also said Naya would raise a side-eye whenever Sean was with other women, and she would go into a jealous rage, even once breaking an expensive lamp during a rampage in his home.

In September 2014, just five months after their break-up, Big Sean released a song produced by DJ Mustard called “IDFWU,” and fans speculated that the song was about Naya Rivera.

Sean later confirmed that while the entire song wasn’t about Naya, he did say that there was one part of the song in particular that he wrote about their break-up.

He told Complex in a 2015 interview: “I wrote the last verse and [the line] ‘and everyday I wake up celebrating sh*t, why? ‘Cause I just dodged a bullet from a crazy b*tch.”

Big Sean went on to date Ariana Grande and Naya moved on as well, dating and later marrying Ryan Dorsey, whom she shared a 4-year-old son with.

Sean and Ariana have since broken up (in 2015) and Rivera and Dorsey finalized their divorce in the summer of 2018.

Fast forward to today … and folks are rehashing Big Sean and Naya Rivera’s short-lived relationship in the wake of her death.

Naya went missing on Wednesday, July 8th after she went for a swim at Lake Piru and never returned to the boat she rented with her son. Her body was recovered nearly a week later on Monday morning (Jul. 13).

Just hours after the announcement about Naya’s tragic death and six years after the release of “IDFWU,” some social media users are slamming Big Sean for making the song about her.

Although Big Sean’s latest post on Instagram (which was about #BlackLivesMatter) was on June 1st, users are flooding his comments with messages about the song.

“I really hope you feel like the awful person you are for making that horrid song about her,” one user wrote. “IDFWY sounds way different now,” commented another.

“I wouldn’t even feel right listening to that song anymore! Seriously,” another fan wrote.

“You should delete from every platform that SONG yoo! For respect,” one fan suggested.

Another fan agreed: “You should retire the song I don’t f*** with you.” 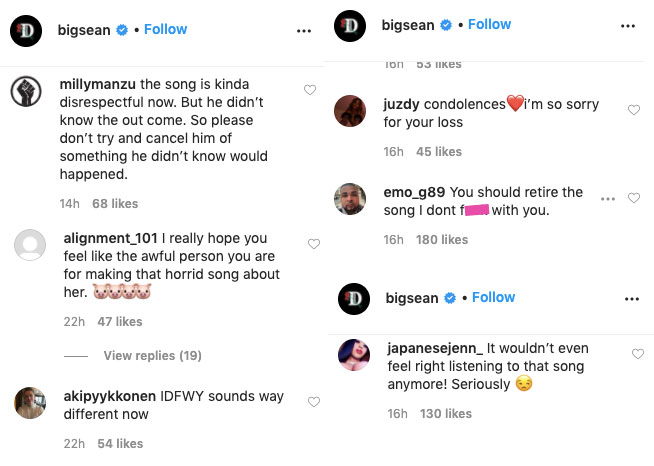 Among the comments calling Sean out over the song, there were comments from fans defending him.

“Don’t act like y’all wasn’t bumping ‘IDFWU’ knowing who and what it was about,” one fan shared. “Disgusted that people actually coming at this man for a song he made 6-7 years ago instead of mourning her,” another fan said.

“Why y’all on his page? Leave him alone wtf. People are weird istg [i swear to god],” said another. 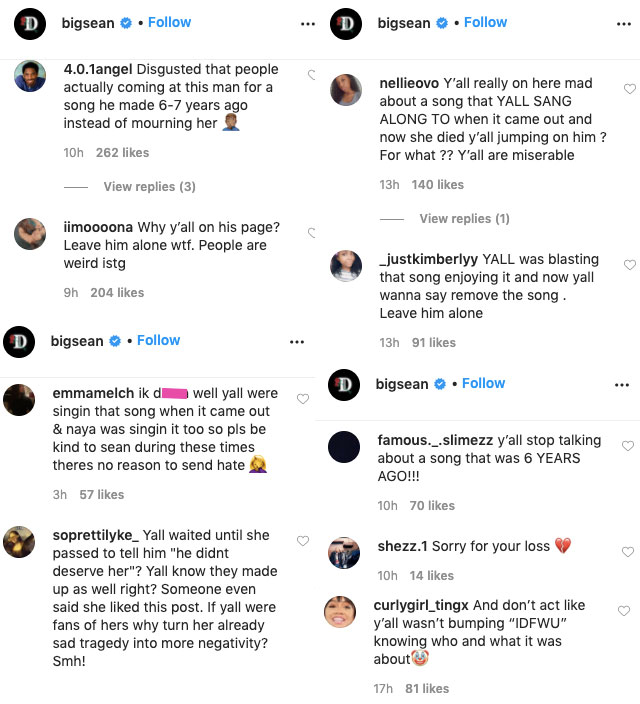 Another fan defending Big Sean wrote: “Y’all. LEAVE HIM ALONE!!! They were on good terms. Just because he’s written songs about their breakup doesn’t mean he’s a bad person. You act like he’s the only one who has roasted his ex in a song. He’s probably hurting and grieving too and all these comments shaming him aren’t helping. Sorry for your loss.” 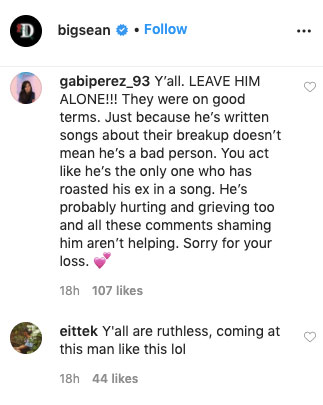 While Big Sean hasn’t publicly commented on the death of his ex-fiancée (aside from initially liking posts on Twitter after she went missing praying for her safe return), his current girlfriend Jhene Aiko posted “rest in peace Naya” on Twitter Monday night.

For what it’s worth … though Naya Rivera fans may be pissed at Big Sean over “IDFWU,” the actress herself seemed to be OK with the song when she put her own spin on it during her 2018 appearance on the TV show Lip Sync Battle.