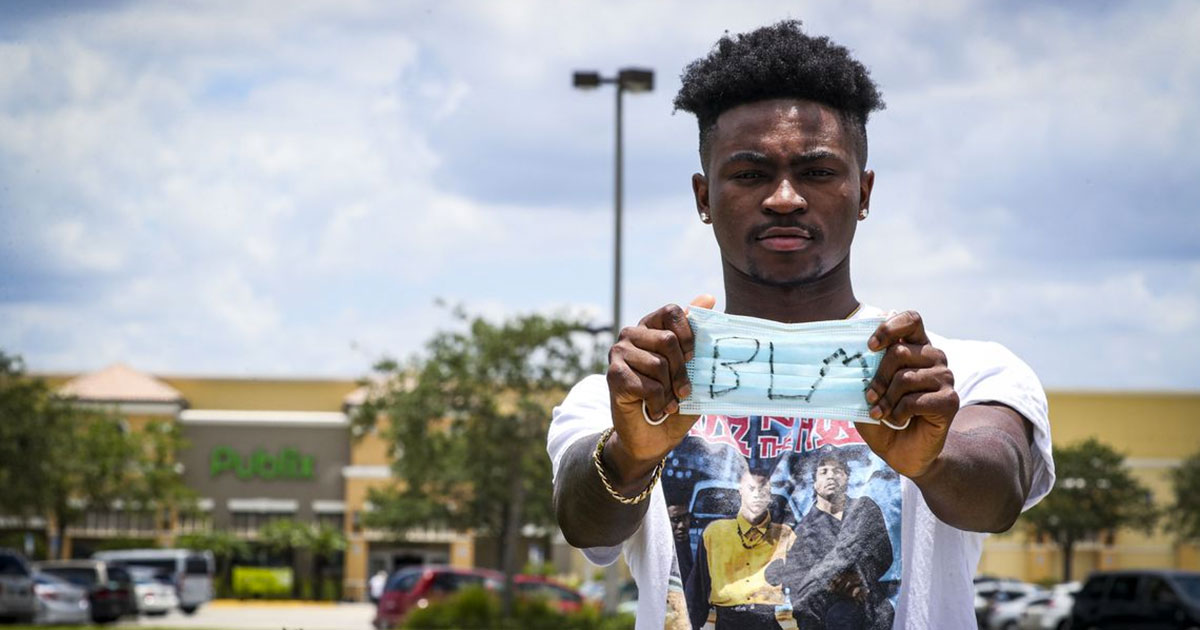 A teenager in Florida has quit his job at Publix after the grocery store chain refused to allow him to wear a face mask that supported the Black Lives Matter movement.

18-year-old Quinton Desamours was moved by the protests happening across the country to combat police brutality, and he decided to show his support for the cause by writing the letters “BLM” on his face mask.

When he arrived for work, his supervisor told him that he wouldn’t be allowed on the floor with the mask on because it “was endangering myself and everybody else who worked there,” Desamours told reporters.

Rather than complying and changing his mask, Desamours decided he’d rather quit his position.

“I don’t want to be a part of a company that’s not committed to making a change,” he said. “This was never a political statement to me. It was all about equality and human rights.”

Publix, which recommends employees working on the floor to wear protective face masks, says that they support the fight against racial injustice. Their CEO, Todd Jones, recently wrote a letter to employees saying they support change.

“Like you, I’m saddened and unsettled by any racial injustice or events that divide this country,” the letter read. They even made a $1 million contribution to National Urban League affiliates across the country, according to reports.

When questioned as to why they wouldn’t allow the Black Lives Matter mask to be worn, the company said that they don’t “permit non-Publix messaging on clothing or accessories.”

Desamours, however, says that the rule is loosely enforced.

“Many employees have different designs on their masks,” he told reporters. “They just didn’t like the message I was trying to portray.”

Publix apparently reached out to the teen apologizing for the matter, but said “they don’t want to be apart of political views,” Desamours wrote on Twitter.

Got a call from the @Publix District Manager apologizing. They also said they don’t want to be apart of political views. #BlackLivesMatter is not political! The movement is all about Equality. There will be no change until EVERYBODY is 100% IN. Let’s keep fighting. They hear us!

Starbucks recently faced a similar situation. They initially said that employees couldn’t wear any Black Lives Matter clothing, but they were forced to reverse that decision after public backlash.