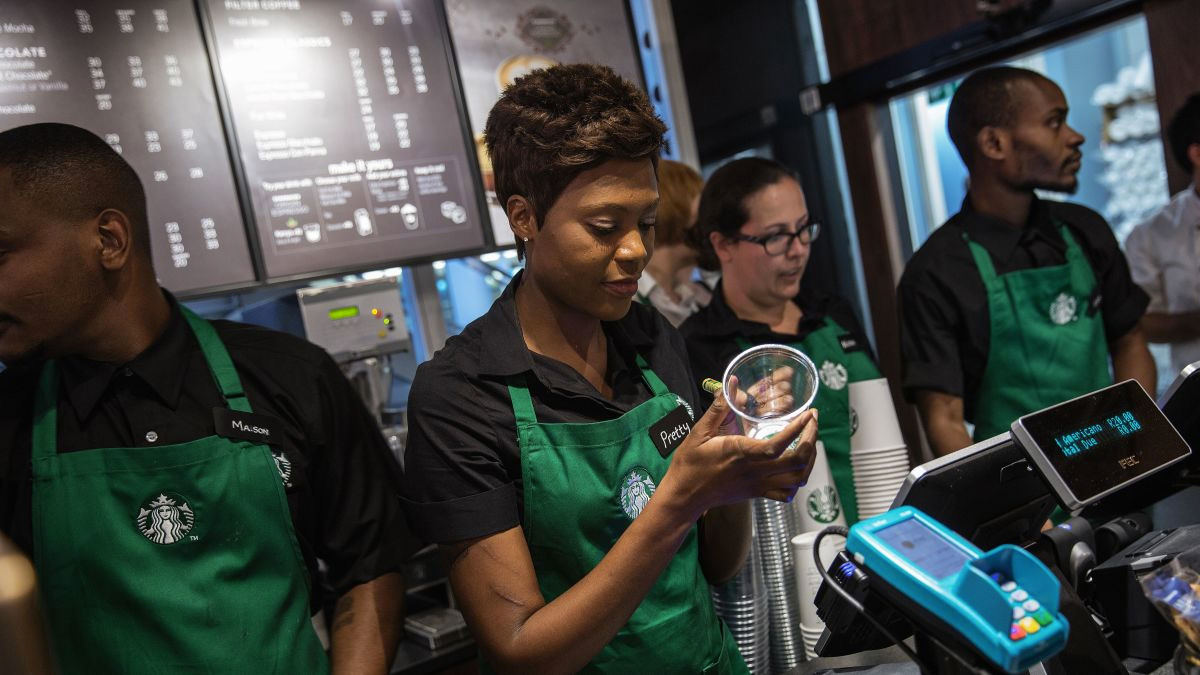 Like many other businesses and retailers, Starbucks recently took to social media to profess to their support to the black community amid nationwide protests against police brutality, social injustice and systemic racism.

However, an internal memo sent to employees last week seems to be portraying a totally different message.

The path forward requires open and honest conversations about racial injustices. On Saturday, Starbucks partners came together in an open forum to listen and support one another.

It’s going to take each of us to drive necessary change. https://t.co/ZUlBV9MgFF

The memo from upper management reminded staffers that such messages are prohibited under a companywide policy against accessories that “advocate a political, religious or personal issue.”

Starbucks’ stance, however, was confusing to employees because the company regularly allows, and in some cases, even encourages workers to wear pins in support of LGBTQ+ equality, especially during Pride Month every June, according to several employees who spoke to BuzzFeed.

“Starbucks LGBTQ+ partners wear LGBTQ+ pins and shirts, that also could incite and create violent experiences amongst partners and customers,” one black transgender employee of the coffee chain told BuzzFeed.

“We have partners who experienced harassment and transphobia/homophobia for wearing their pins and shirts, and Starbucks still stands behind them.”

A video from a top Starbucks executive that was reportedly sent along with the memo warned employees that “agitators who misconstrue the fundamental principles” of the Black Lives Matter movement could seek to “amplify divisiveness” if the messages are displayed in stores.

“We know your intent is genuine and understand how personal this is for so many of us. This is important and we hear you,” the memo read.

A company spokesperson confirmed the authenticity of the memo to BuzzFeed, saying that while the company is dedicated to helping end “systemic racism,” the dress code policy would remain in place because it is necessary “to create a safe and welcoming” environment for customers and staff.

“We respect all of our partners’ opinions and beliefs, and encourage them to bring their whole selves to work while adhering to our dress code policy,” the spokesperson said.

A number of Starbucks employees agree that Starbucks is banning clothing or accessories that promote Black Lives Matter to preserve its image so as not to disrupt sales.

“We have a police detail outside of the store most days anyway. Let’s just call him over if a customer is offended by someone’s BLM pin,” one employee said.

“There’s something deeper here. [Starbucks CEO] Kevin Johnson talks a big talk on Twitter, but he’s still the head of a multibillion-dollar company that has to keep up with its image. God forbid if employees tarnish that pristine global image.”