GOSSIPONTHIS.COM News Three NYPD Cops Say They Were “Poisoned” With Bleach in Their Milkshakes... 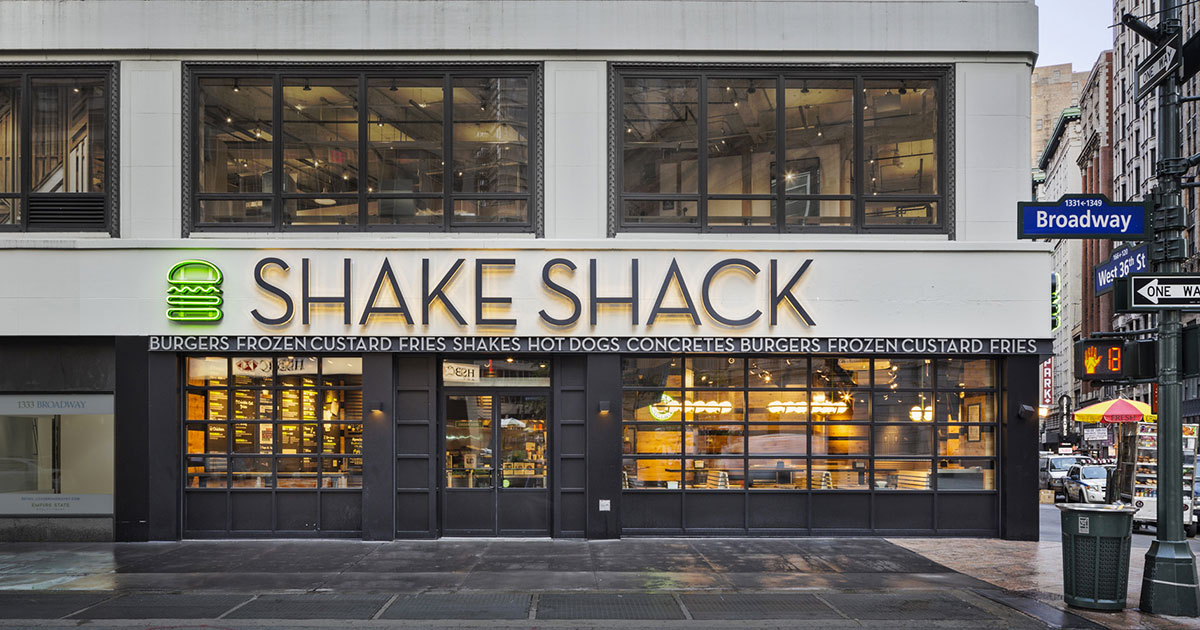 Three NYPD officers were hospitalized after allegedly ingesting bleach that had put been put into their milkshakes at a Shake Shack location in New York City, ABC News reports.

The situation went down Monday (Jun. 15) when the three officers hit up a Shake Shack in Lower Manhattan and began to feel sick while drinking their milkshakes.

A statement released by the New York City Patrolmen’s Benevolent Association said that it was believed that the officers had ingested bleach.

“At some point during their meal period, the MOS discovered that a toxic substance, believed to be bleach, had been placed in their beverages,” the NYC PBA’s statement read. “The contamination was not discovered until the MOS had already ingested a portion of their beverages.”

The three NYPD cops were taken to a local hospital where they received treatment and they are expected to recover.

Since then, both Shake Shack and the New York Police Department Chief of Detectives Rodney Harrison addressed the incident, with Harrison saying that following a “thorough investigation … it has been determined that there was no criminality by Shake Shack’s employees.”

Shake Shack said they were “working hard to get the full picture” and were “relieved to hear the officers are all okay.”

Our team is working hard to get the full picture. In the meantime, we’re relieved to hear the officers are all okay. https://t.co/rjJYFSYjZc

Harrison didn’t elaborate on the investigation and it still isn’t clear how the toxic substance made its way into the officers’ milkshakes, though the Detective’s Endowment Agency (DEO) said Monday night that they believed the three officers had been “intentionally poisoned.”

The statement from the DEA continued: “Police in New York City and across the country are under attack by vicious criminals who dislike us simply because of the uniform we wear. Emboldened by pandering elected officials, these cowards will go to great lengths to harm any member of law enforcement.

“We urge you to not buy food from locations unknown to you. Keep your eyes open and be alert at all times. Make sure you always stay with your partner — and back one another up. Inspect your vehicle—personal and department—before you drive. Now, more than ever, we have to be united.” 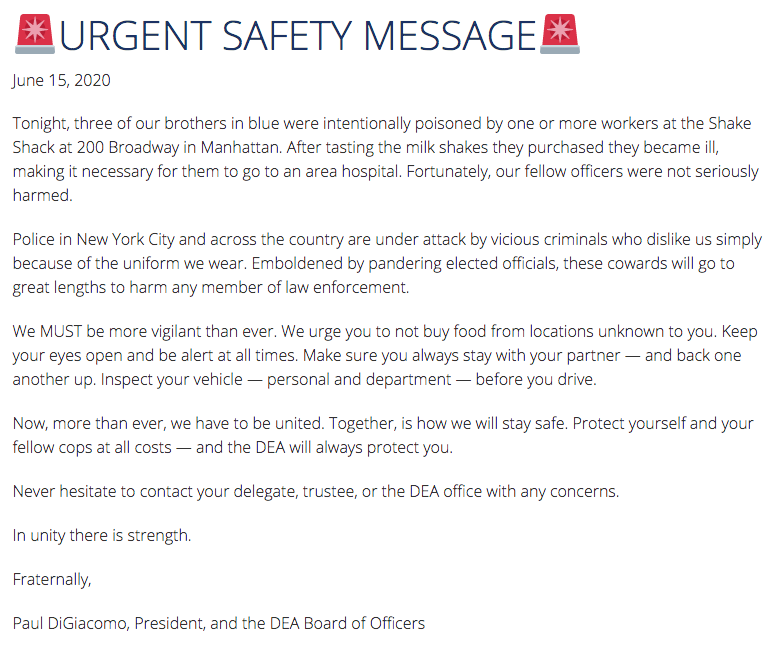 In a follow-up statement, the NYC PBA also warned officers to “remain vigilant at all times, both on and off duty” and said Shake Shake was fully cooperating with the investigation.

WLNY reported that employees at the Shake Shack had been questioned, but no arrests were made. A sample from the supposedly tainted milkshakes was also sent to a lab for testing.

New York City is among several major U.S. cities in which protesters have taken to the streets since the death of George Floyd at the hands of the Minneapolis Police Department on May 25th.

“When NYC police officers cannot even take meal without coming under attack, it is clear that environment in which we work has deteriorated to a critical level,” the NYC PBA tweeted. “We cannot afford to let our guard down for even a moment.”

Last week, an impassioned Michael O’Meara, the head of the NYC PBA, said that officers were being vilified and denied concerns of Black parents who are afraid that their children will be brutalized or killed by cops, saying “it does not happen.”

“We all read in the paper all week that in the Black community, mothers are worried about their children getting home from school without being killed by a cop,” O’Meara said.

"Stop treating us like animals and thugs and start treating us with some respect … Our legislators abandoned us. The press is vilifying us. It's disgusting." pic.twitter.com/CXOPARKff7