GOSSIPONTHIS.COM Viral Videos White Man Gets Beat Down, Has His Car Set on Fire After... 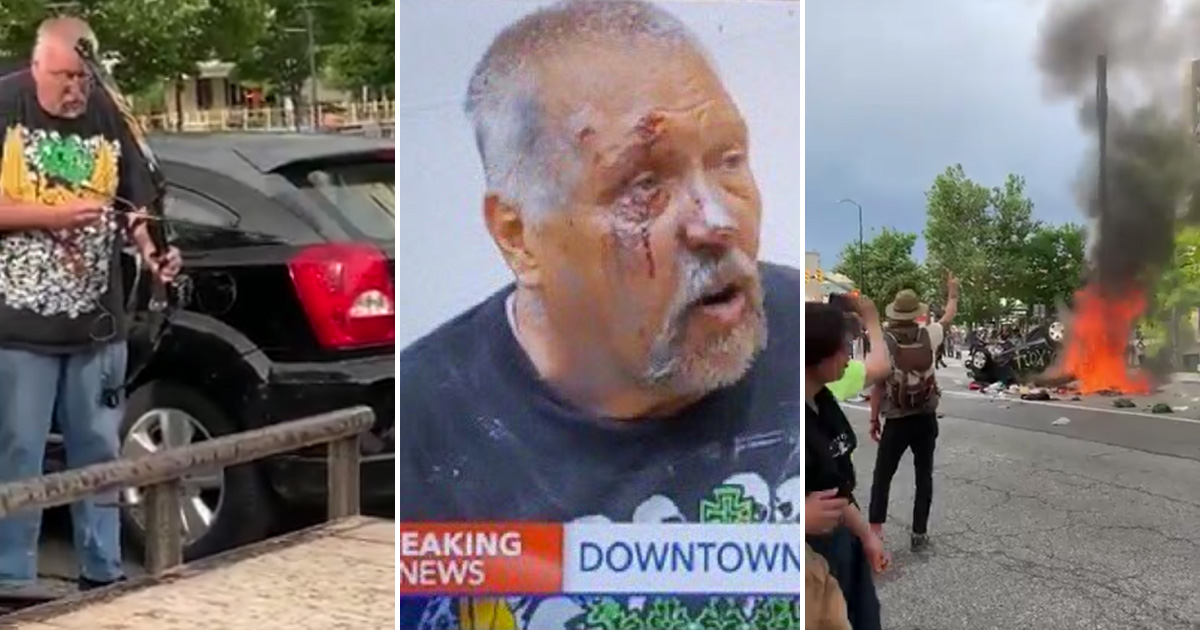 A white man in Utah who thought it would be a good idea to stand up to a large group of protesters by threatening them with a hunting bow and shouting “all lives matter!” ended up being beaten and having his car torched and flipped over.

Salt Lake City is one of the many places in the United States where people have taken to the streets to protest police brutality, most notably the killing of George Floyd by Minneapolis police.

A group of protesters had apparently blocked off a road, which caused a man—who later identified himself as Brandon McCormick—to angrily hop out of his vehicle and brandish a hunting bow.

After McCormick was seen aiming the bow at protesters and appearing to fire off a couple of shots while screaming “all lives matter!”, he was swarmed by a mob who beat the crap out of him before flipping his car over and torching it.

White man in Salt Lake City, Utah yells “All Lives Matter” and then shoots bow and arrow into crowd of peaceful protesters. pic.twitter.com/b4j2Sad4ju

WELL THIS JUST HAPPENED IN DOWNTOWN SALT LAKE CITY. fucking bastard deserved it. WHO THE FUCK DOES THIS?!
VIDEO CREDIT : @jaxcino on LIVE IG #slcprotest pic.twitter.com/ZZvznaCUcM

sorry i had to trim. there is more.
VIDEO CREDIT: @jaxcino on LIVE IG #slcprotest #blacklivesmatter #saltlakecity pic.twitter.com/cRdovtrHWc

The SLC police retreated and allowed rioters to light the man’s car on fire. pic.twitter.com/aXhBhXQODO

Immediately following the well-deserved beating, McCormick went to the first news crew he saw and spouted a bunch of lies, saying that he was beaten up by “two African-Americans” because he said all lives matter and was just trying to protect police with his weapons.

Here he is lying to the news and telling them "two black guys" beat him up when we all saw a crowd of white kids whooping his ass on video. He also says he only got beat up because he said all lives matter. No mention of the bow and arrowpic.twitter.com/BNh1txdcLo

The news station then called him out for lying in a later newscast.

We interviewed a man earlier this evening who claimed he was attacked for shouting "all lives matter," but recently acquired video shows more to the story.https://t.co/EaJnwoWx6l pic.twitter.com/E4vMysUSFQ

Thank God for camera phones … otherwise, this POS might have gotten away with lying about being attacked by “two African-Americans,” even though we all saw mostly white people beating him up.