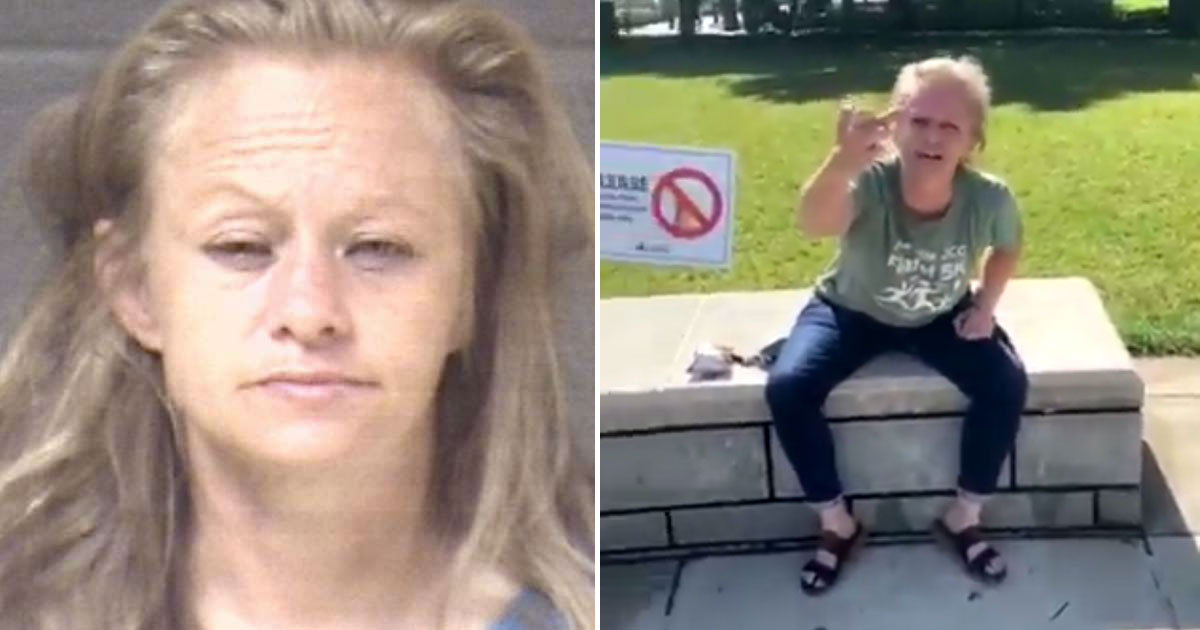 A North Carolina woman who went viral recently after going on multiple vile, racist rants died Tuesday (Jul. 14) after she stepped out in front of traffic and was hit by a fire truck on Monday afternoon.

Rachel Dawn Ruit was initially said to be in the hospital in critical condition and “suffering from life-threatening injuries” after she was struck by an Asheville Fire Department pickup truck, but has since died.

Ruit is best known for appearing in multiple videos around Asheville spewing hateful and racist rhetoric to anyone who would listen.

In some of the videos, she can be heard emphatically saying the N-word with the hard “R.” In one particular video, she called a man a homophobic slur.

The victim was hit in her face by this woman while she was on the phone with APD. @ChiefDavidZack why didn’t your officers respond? This is why @CityofAsheville should #DefundThePolice @EstherManheimer pic.twitter.com/REAWSYWijR

@ExtendedStay this is your front desk clerk at the Asheville NC location, this the type of people you employ? Her name is Rachel Ruit and we want her fired ASAP pic.twitter.com/3ZlH1x310p

According to TMZ, she was arrested on July 4th for allegedly attacking a woman in a hijab and a Black teenager.

Ruit allegedly ripped off the woman’s head covering and grabbed the teenager in the groin. She was arrested and charged with simple assault, disorderly conduct and second-degree trespassing.

Before her arrest, Ruit made news after people posted videos of her from June 13 and July 1 going on racist tirades. During the July 1 incident, witnesses claim she tried to attack a child and cops were called several times … but never showed up.

We’re not saying she deserved to die … but God’s timing is always right.