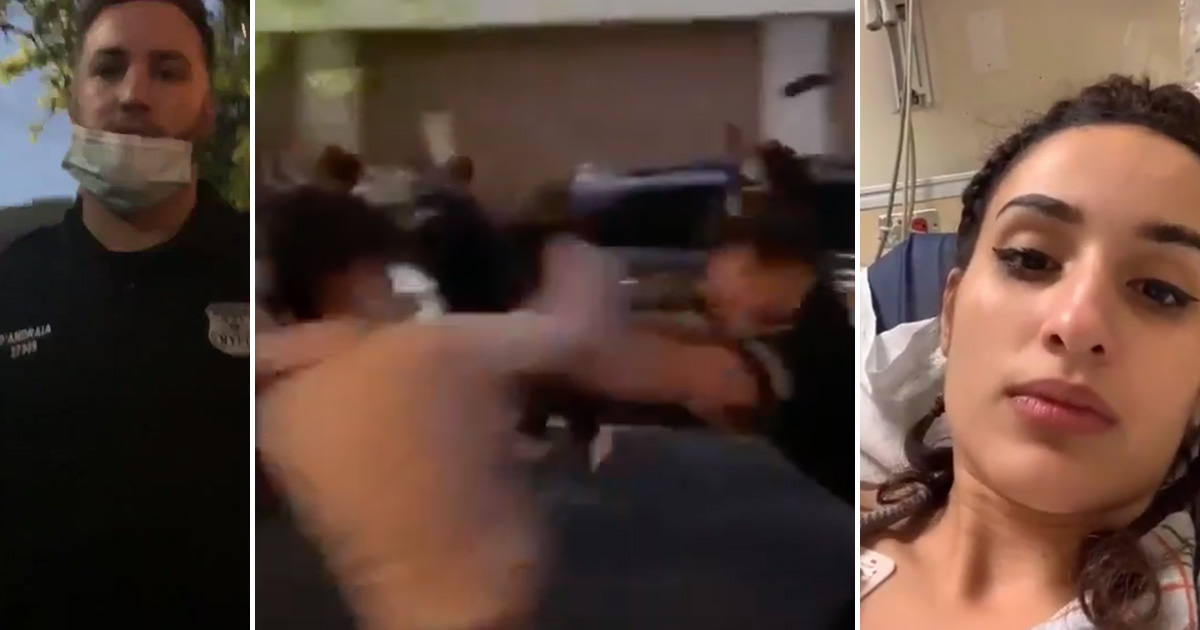 The New York Police Department is being criticized for how terribly they are handling the police protests currently taking place in honor of George Floyd.

With protests spreading throughout the country and making their way in big cities like Los Angeles and NYC, police continue to use violence against the very same people they are supposed to protect and serve.

In video footage captured of the protests in New York, an NYPD police officer is seen violently assaulting and shoving a female protestor to the ground.

The officer and other members of the NYPD are then seen walking off, leaving the female protestor on the ground and making no effort to help her.

Witnesses said the cop—who has since been identified as Officer Vincent J. D’ndraia from the 73rd Precinct—called the woman a “stupid f**king b*tch” prior to the aggressive shove.

After the violent incident, the female protestor was taken to the hospital to be treated for a concussion.

The woman later took to Twitter confirming the incident and saying that it caused her to have a seizure after she hit her head after being violently shoved to the ground.

This was me, and I want to make one thing clear to all the people that are commenting lies below this video. I did NOT spit in this officers face. I was wearing a face mask. He told me to get out of the street and then immediately threw me out of the way. https://t.co/349TZijtD8

She said she doesn’t understand why the officer assaulted her because she was being peaceful and nonviolent during the protest.

This is the officer. He threw my phone before throwing me. As you can see I was already backing up. All I asked was why. pic.twitter.com/8mct5GrztV

“I wasn’t being aggressive and there was no reason for him to throw me the way he did,” the woman (who goes by the name Dounya Zayer on Twitter) said.

“I can’t stop vomiting and this f**king sucks.”

Meanwhile … other footage of the protests Friday night outside of the Barclays Center in Brooklyn showed police chasing after protesters and beating them with batons and pepper-spraying crowds.

In another video showing the protests in New York, an NYPD officer hits a protestor on purpose with the door of a police car.

Do they not understand…this is what got us here from the beginning.