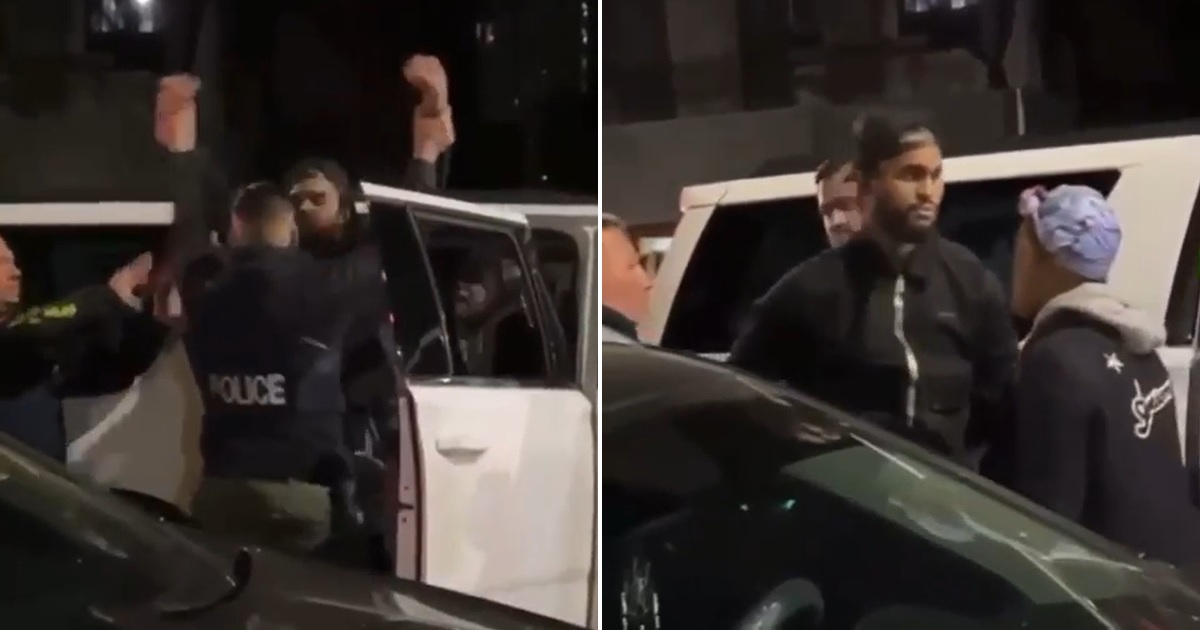 Rapper Dave East was taken into custody by NYPD cops following an incident that occurred during a routine traffic stop.

East and two passengers were stopped by cops in the Astoria section of Queens around 1 a.m. because the driver of the vehicle failed to use a signal when making a turn.

Officers then smelled a strong odor of marijuana and asked the driver to step out of the car, who complied.

But according to reports, East and a third passenger “became aggressive and non-compliant” and “combative” when police asked them so show identification.

Video footage posted on the rapper’s Instagram shows East being taken out of the vehicle and being escorted by police. A witness to the scene can be heard yelling: “This is harassment!”

Over half a dozen bags of marijuana were found inside the car.

East and the other allegedly combative passenger were taken to the 114th police station and issued a summons for disorderly conduct and criminal possession of marijuana. Both were later released from police custody.

The driver was not issued any summons or tickets because he cooperated with police.

The battery charges were later dropped when East’s attorney submitted evidence that showed he did not instigate the altercation, but “attempted to responsibly quell the situation.”