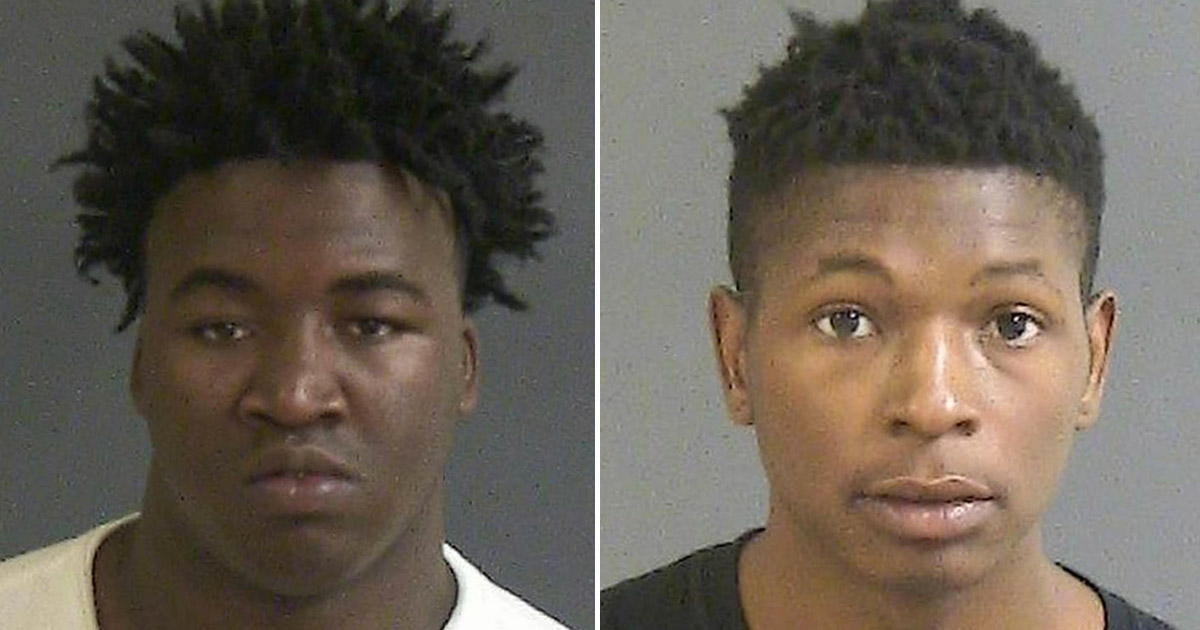 Two South Carolina men are facing serious charges after they sexually assaulted a young teen and posted it on social media.

20-year-old Tasheen A. Walker and 18-year-old Jonah D. Fishburne were arrested Monday night (May 4) on charges of second-degree criminal sexual conduct with a minor.

According to North Charleston Police, the two men filmed themselves molesting a 13-year-old girl who is said to have “diminished mental capacity” on Facebook Live.

Several people who viewed the Facebook Live video reported it to authorities and led officers to an abandoned house on Poplin avenue.

At the abandoned home, officers found the victim and her mother there visibly upset.

The victim also gave her account of how the incident took place:

NCPD officers said the victim told them she was walking to her grandmother’s house around after hanging out with her boyfriend, when a group of five males asked her to come over to them.

When she went over to them, police say the victim told them the group of males grabbed her and forced her into the abandoned house on Poplin Avenue, where the group began assaulting her in the basement of the home.

Police said the victim identified two of her attackers as Walker and Fishburne, but says she didn’t recognize the other three. The three remaining individuals had left the area by the time police arrived.

The girl was later taken to the Medical University of South Carolina (MUSC) for treatment. While police have arrested Walker and Fishburne, the three remaining suspects are still wanted.

Walker and Fishburne are being held at the Charleston County Detention Center.

North Charleston Police ask that the community not to share any copies or screenshots of the Facebook Live video showing the sexual assault, as it contains child pornography. Sharing of the video, images, or links to it, is a crime.

Anyone with any information that could lead to arrests for the three remaining suspects has been asked to contact Sgt. Jonathan Glenn at glenn@northcharleston.