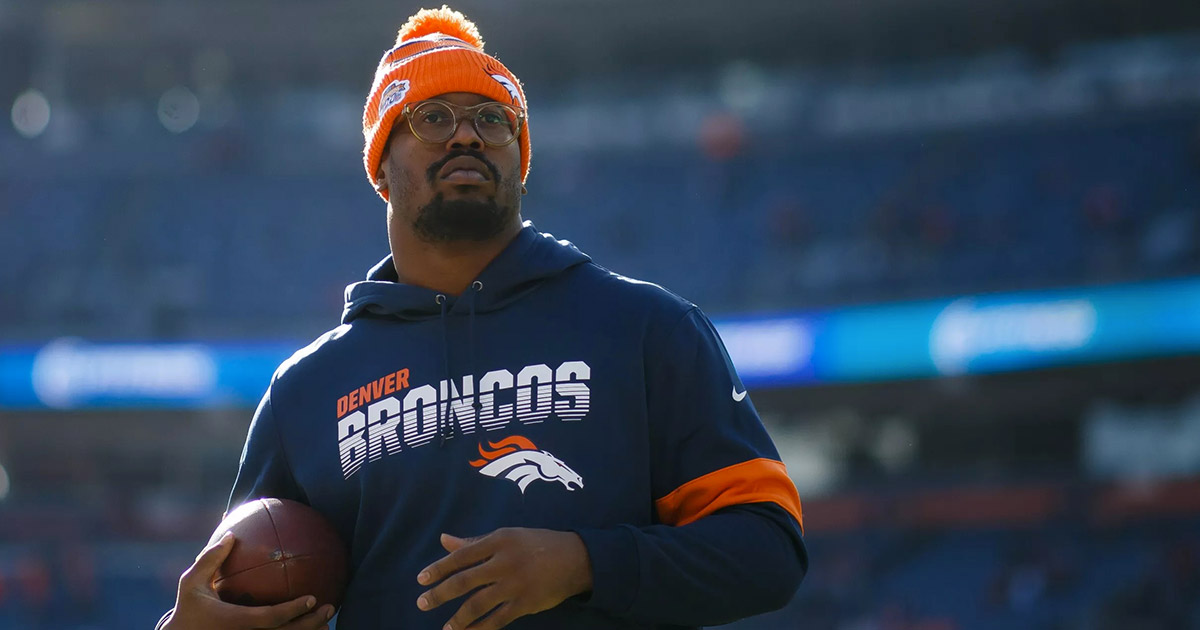 It isn’t clear when the 31-year-old Denver Broncos player was diagnosed with the disease, but his agent Joby Branion told NFL Network’s Ian Rapoport that he’s currently “at home and resting in good spirits.”

Miller, who was the MVP of Super Bowl 50, is expected to make a public announcement on Friday (Apr. 17).

NFL star and Super Bowl 50 MVP Von Miller has a confirmed case of COVID-19, his agent @JobyBranion of @VanguardSG tells me. The #Broncos star is at home resting and in good spirits. He plans to speak publicly tomorrow.

The news of Miller’s diagnosis comes one day after Los Angeles Rams center Brian Allen revealed he also recently tested positive for COVID-19—the first NFL player to do so.

Allen, who is also on the mend, said he was tested after he became concerned about losing his sense of smell and taste.

The pandemic has forced the NFL to make a few adjustments across the league, including the choice to hold a virtual NFL draft next weekend in which players, coaches and team officials will all participate from the comfort of their homes as we all self-quarantine to help slow the spread of the virus.

In addition to Miller and Allen, other pro. athletes who contracted coronavirus include NBA players Rudy Gobert, Donovan Mitchell, Kevin Durant and others.