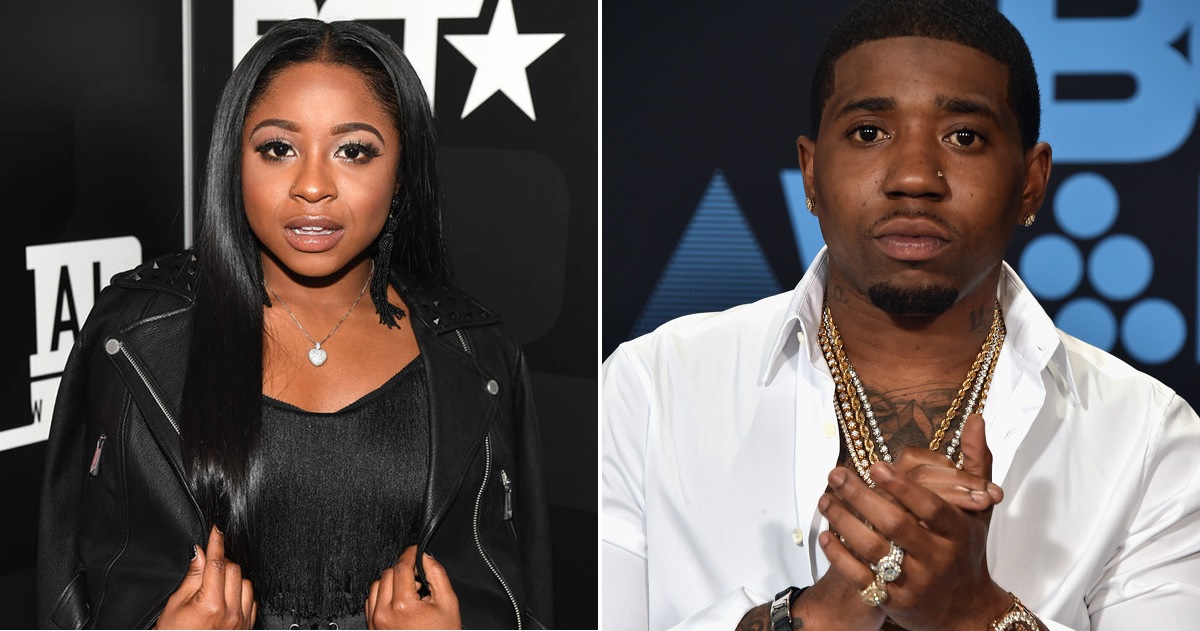 Reginae Carter is currently enjoying her single status, but she’s also still healing from her breakup with rapper YFN Lucci.

Carter opened up about the tumultuous relationship during the premiere of T.I. & Tiny: Friends & Family Hustle.

“I’m still going through my little heartbreak,” she said. “I was in love with this man, but I feel like I’m in a healthy space mentally.”

After dating off and on for nearly two years, Carter and Lucci broke up in August after he attended Alexis Skyy and her boyfriend Trouble’s controversial cucumber-themed pool party, inspired by the #CucumberChallenge.

The party featured cucumbers being used in sex acts on and by women while other guests, including Skyy and Lucci who were seen in video footage either participating or cheering on the antics.

Carter said the party was the final straw.

“I feel like he didn’t have respect for me like he did at the beginning. Of course, the cucumber party was the last straw for me. I feel like it’s not respectful for a man who’s in a relationship to be there. It’s certain things that you just don’t do, especially dating me.”

Carter faced heavy backlash for also attending the party. But she publicly denounced the party and stated she left after seeing what was going down. She also clarified that she only attended the party to spy on Lucci.

“I went to the party to spy on ray (lucci). Females, don’t act like you never did it,” she wrote on Twitter at the time.

“But when I heard about the cucumber activities, I left. Tbh, I’ve made myself look like a fool for this man and I apologize for allowing you guys to see it.”