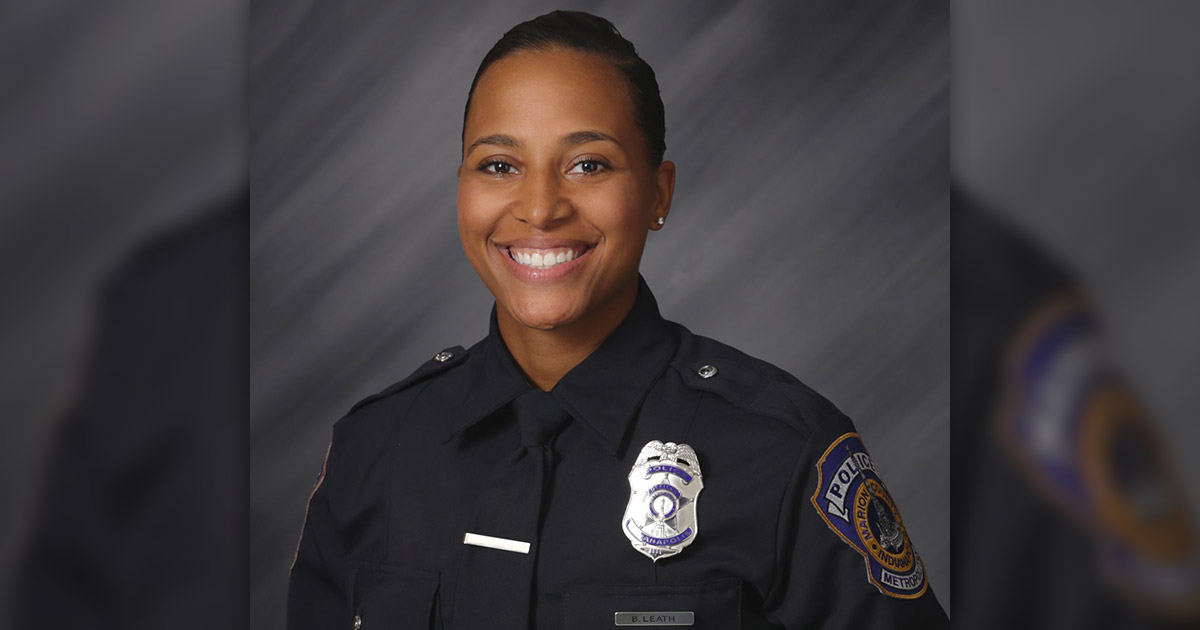 A young police officer with a promising future was shot and killed after responding to a domestic violence call.

24-year-old Breann Leath, a member of the Indianapolis Metro Police Department, was pronounced dead Thursday afternoon (Apr. 9) after being involved in a fatal shooting.

Social media has been in mourning over Breann’s death and the fact that she put her life on the line to save another during this difficult time in history.

Here are some things to know about Breann and her death:

Officer Breann Leath and another woman were both shot during the encounter. 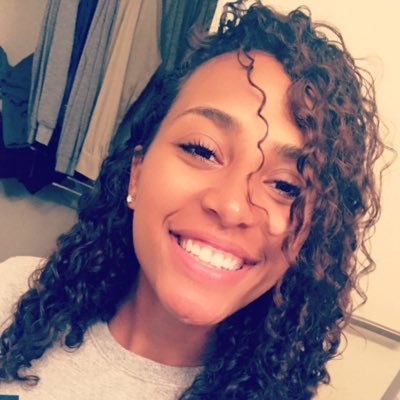 According to police reports, authorities were called to the 1800 block of Edinburgh Square around 2:50 p.m. for a domestic disturbance.

When they arrived at the apartment, someone inside fired shots. Breann Leath and a woman inside the home were hit by the gunfire.

“She heard the call and went toward that which could do her harm because she knew if she didn’t, harm may come to others,” Mayor Hogsett told news reporters.

Leath was rushed to the hospital where she died from her injuries. The other woman who was shot suffered non-life-threatening injuries and is expected to survive.

Breann Leath has a young son and recently served in the National Guard. 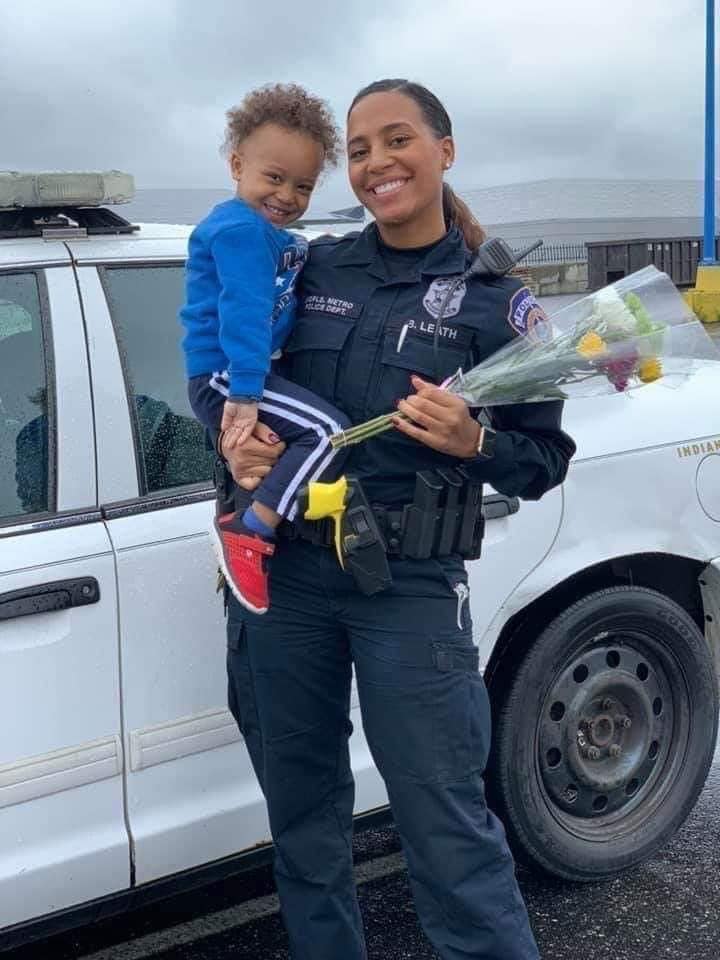 Breann is the mother of a young son and served in the Army National Guard before joining the Indianapolis Metro Police Department.

In 2017, she was honorably discharged from the Army National Guard as a specialist.

“We are saddened to learn about the loss of Breann Leath, a fellow citizen soldier. Our deepest condolences go out to her family and friends during this difficult time.

“Breann honorably served in the Indiana National Guard, assigned to the 387th Military Police Company at Camp Atterbury from March 2014 – April 2017. She was honorably discharged as a specialist.

“Her teammates were devastated to hear of her passing. They reminisce of her journey and strong desires to serve her community and country as a selfless citizen. She had a positive impact on not only her fellow soldiers, but the many others in which she served.”

Sgt. Stephen Mann, battalion assistant operations noncommissioned officer, also spoke to Fox59 news about Breann and how great of a person she was.

“Breann was the perfect example of what it means to be in the National Guard. She was a young woman from the start who wanted to give back and protect others,” Sgt. Mann said.

“While she wasn’t old enough yet to join the Indianapolis Metropolitan Police Department, she became a military police officer to receive the very best training and when the time came, be ready to answer the call. She was a hero, a beacon in her community, a symbol of change, and a source of motivation to do more. This city, state and country lost one of its very best.”

Breann comes from a family with a law enforcement background. 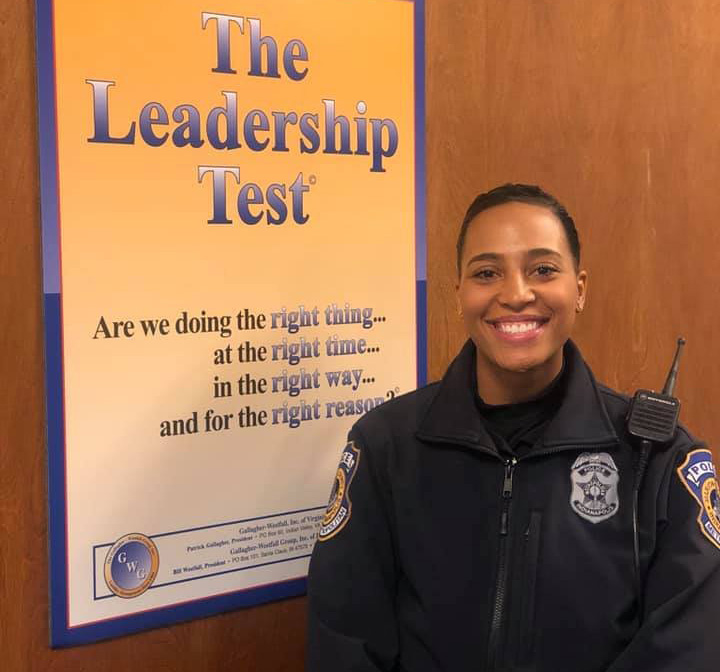 Breann was destined to be in law enforcement, having come from a family with that background.

Her father is a Marion County sheriff’s deputy and her mother is an emergency dispatcher with the Marion County Sheriff’s Office.

“She is the example of the type of officer we want on this department,” Indianapolis Metro Police Department Chief Randal Taylor told said.

Breann’s killer was arrested and is facing serious charges. 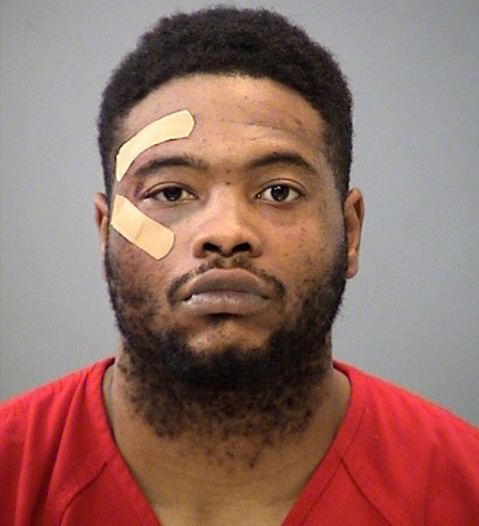 27-year-old Elliahs Dorsey has been arrested and charged with murder and attempted murder in connection with the shooting death of officer Breann Leath.

Police claim Dorsey fired a series of gunshots from behind a closed door into an apartment hallway, hitting officer Leath. Officers on the scene did not return fire.

One of Dorsey’s neighbors, Deschantrice Smith, witnessed the shooting and told authorities that Dorsey didn’t believe he shot a police officer.

“There were gunshots and then her falling down the steps. After she fell down the steps you heard a woman yell ‘No’ and a man yell ‘That’s not the real damn police,” Smith said.

Smith also remembers authorities who arrived to the scene were deeply saddened to find Leath shot and fighting for her life.

“They were all crying and sad thinking about what happened to the young lady,” she said.

The murder suspect Elliahs Dorsey is said to only have a speeding ticket on his record and doesn’t have a criminal history.

Friends and family are devastated by Breann’s death.

My heart is heavy af. Love you @RochelleBreezy We were best friends in high school and spent almost every day together. Regret not spending more time together as we grew older. Always in my heart. God gained an angel. Praying for your family and zay. RIP beautiful.

Teen Mom 2 star Jade Cline revealed that she was close friends with Breann and the two spent a lot of time in high school together.

Cline tweeted about how devastated she was to hear the tragic news.

“Love you @RochelleBreezy. We were best friends in high school and spent almost every day together. Regret not spending more time together as we grew older. Always in my heart. God gained an angel. Praying for your family and zay. RIP beautiful.”

Cline also tweeted: “Sitting here not understanding how the f**k this is even true. s**t is f**king heart breaking.”

Sitting here not understanding how the fuck this is even true.. shit is fucking heart breaking. https://t.co/fHC5BCoGr7

“Officer Leath gave her life as she answered the call of duty,” Holcomb said. “Janet and I are heartbroken for her family, friends and the Indianapolis Metropolitan Police Department. I ask every Hoosier to join me in honoring Officer Leath’s courageous service and dedication to her community. She will be forever remembered for being the finest among us.”