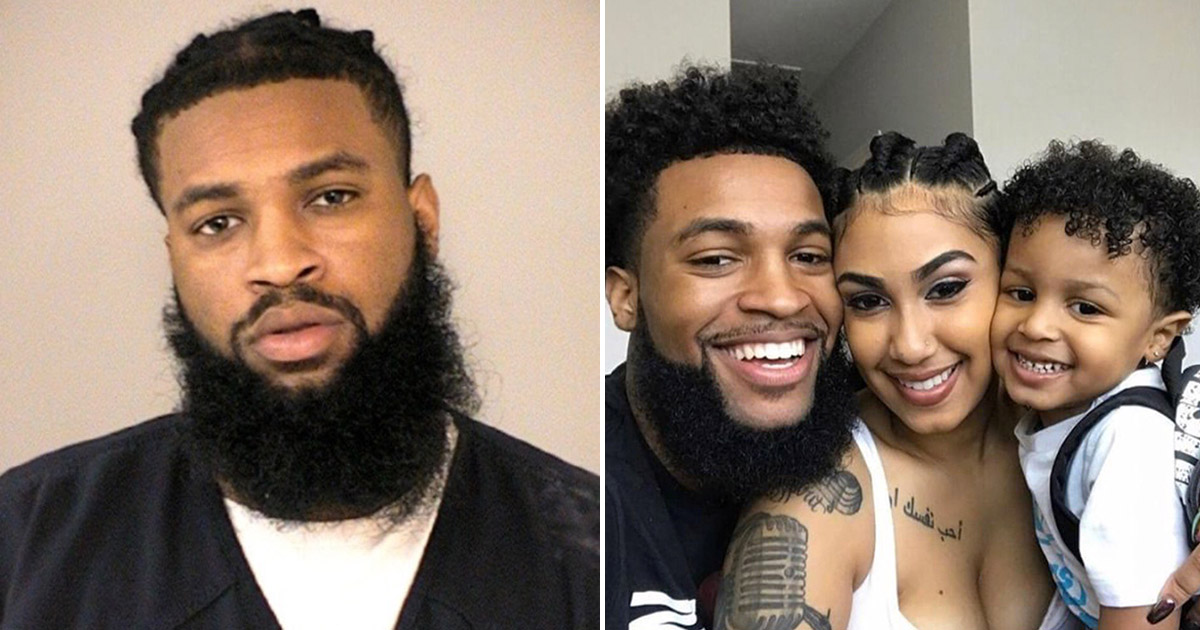 Chris Sails, a popular YouTuber with more than 3 million subscribers, was arrested in Texas on charges of aggravated assault.

It isn’t clear what landed Sails behind bars, but online arrest records (via The Shade Room) show that the 24-year-old was booked on a warrant for “aggravated assault causing serious bodily harm.” 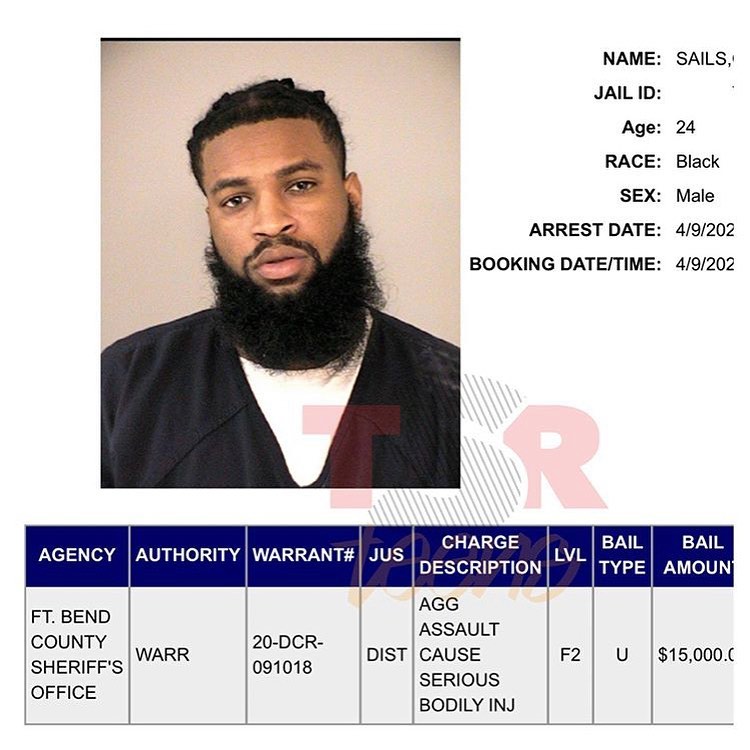 Fans became concerned after his ex-wife, R&B singer Queen Naija (who is also a popular YouTube vlogger) posted and deleted a message on her Instagram stories saying she was looking for their son CJ and didn’t know whose custody he was in with his dad being locked up.

“I need my son now,” the singer wrote. “Whoever has my son contact me NOW. If you guys know who Chris be around and with DM ME!! I can not locate my son.” 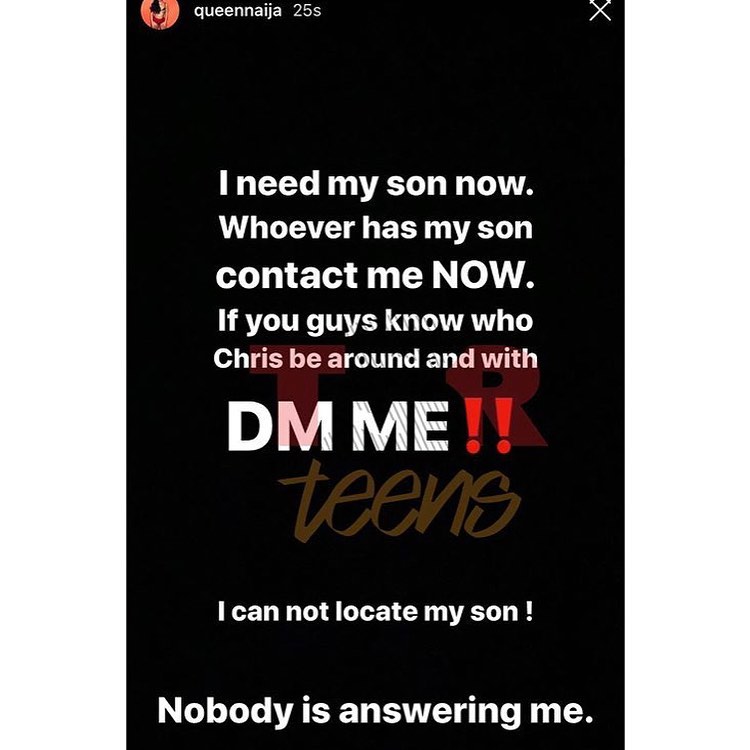 Naija has since located the former couple’s son, as noted in an update she shared to her IG stories.

“To be clear, I found where my baby was and spoke to him and will be with him soon,” she wrote. “I would never post anything like this for attention. I posted that on my story out of fear after receiving a call from someone in the social services department. I then tried to contact only who I knew in Houston and nobody was answering me.”

She continued: “I only made a post in hopes of someone reaching out to me on IG who is around my son often, because I don’t know anyone’s socials. Everything is fine … thanks.” 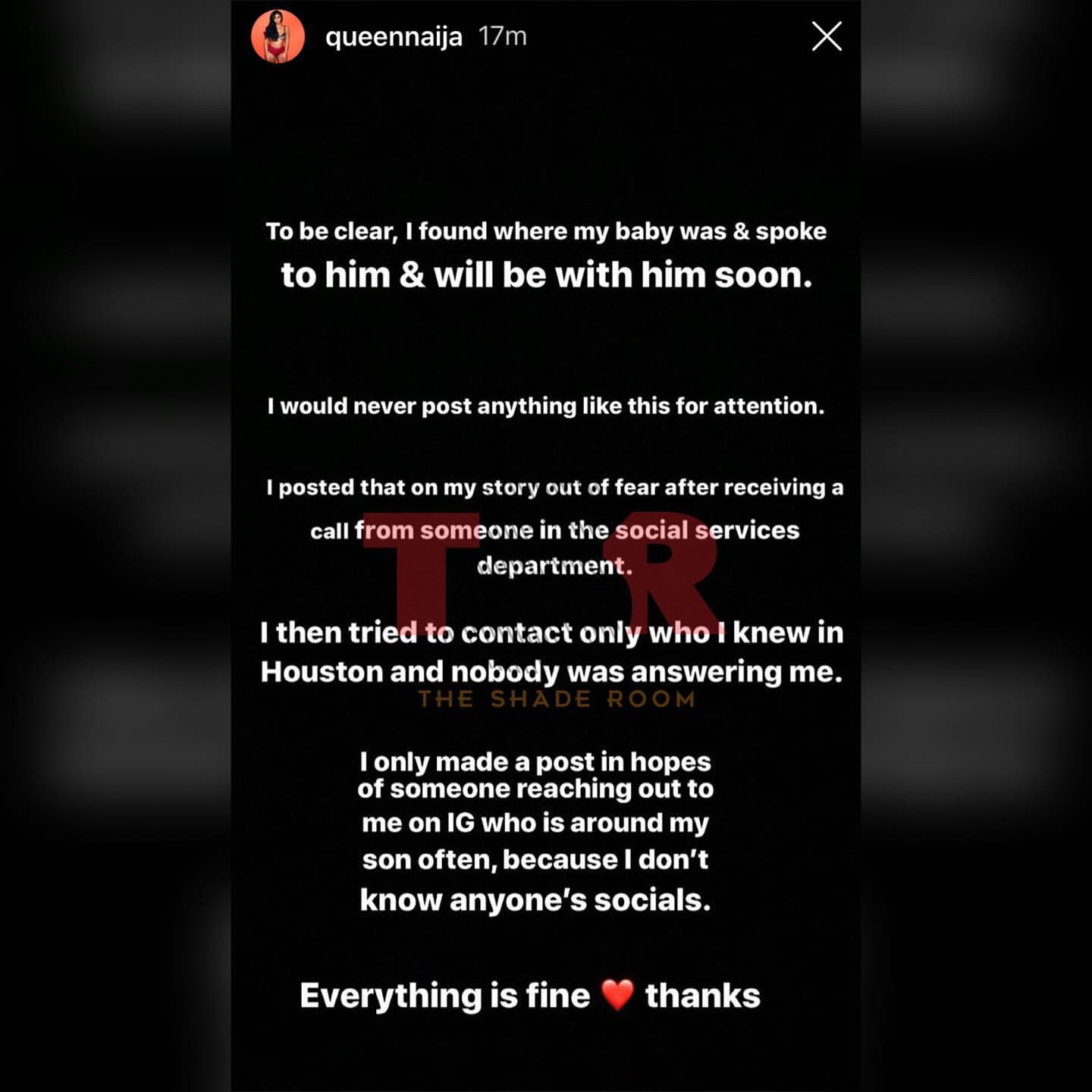 While details about Sails’ arrest are still unknown, the social media personality has since been released from a Houston-area jail on a $15,000 bond.

Of course, this is not Christopher Sails’ first run-in with the law.

He was arrested twice in 2018—once for allegedly assaulting his then-girlfriend, My Wife & Kids actress Parker McKenna, and another previous time, along with three others, for impersonating a Houston police officer in a “prank” video to help promote a local concert.