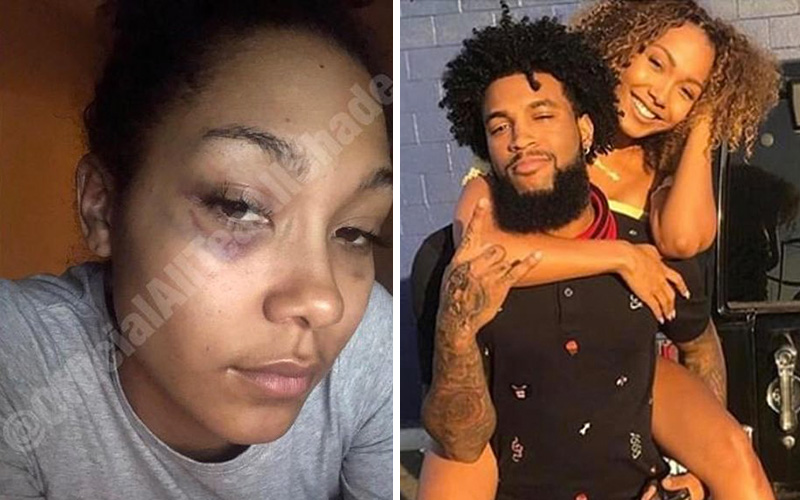 Parker McKenna Posey, a 23-year-old actress best known for playing the daughter of Damon Wayans and Tisha Campbell-Martin on the hit sitcom “My Wife and Kids,” is accusing her ex-boyfriend, YouTube star Chris Sails, of beating her—which landed Sails in jail last week.

According to court documents obtained by TMZ, Parker told prosecutors that Sails became upset with her after he saw a DM (Direct Message) from another man on her phone. Parker claims Sails beat her up so badly that she thought she was going to die.

The alleged incident happened last month in the former couple’s apartment. Parker says Chris, who is also 23 years old, punched her repeatedly, slapped her in the face, and choked her while slamming her head on the ground.

Parker called the police, and when they got there, they saw that she had a black eye and cuts on her neck. She reportedly told police that she had been attacked by a woman who was visiting their home, but two weeks later, she recanted her story and told police that Sails was the one who beat her up.

Chris was arrested for assault and taken into police custody on Thursday, October 25th. He bonded out of a Houston jail by Friday, the Houston Chronicle reports.

Photos from the incident showing Posey with a black eye and bruises hit social media back in September, however, the story wasn’t confirmed at the time. Her mother and sisters all spoke about allegations that she had been involved in a domestic altercation with Sails, who responded by saying he acted in self-defense.

Parker and Chris began dating after Chris divorced his wife, singer Queen Naija, back in April amid a very public cheating scandal.

Chris and Queen share a 3-year-old son, Chris Jr. It’s unclear if they were ever involved in any domestic abuse incidents.

This isn’t Chris’ first brush with the law either. He was arrested along with three other men back in July for impersonating police officers after they were caught pulling over motorists for a YouTube prank.