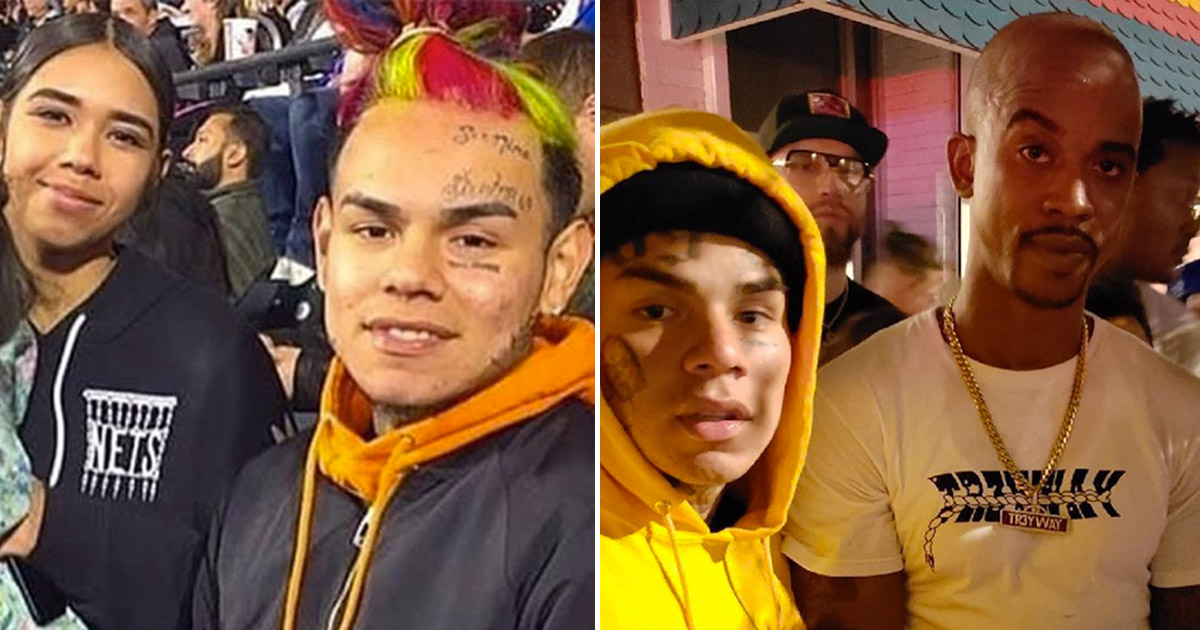 Alleged leaked photos showing Tekashi 6ix9ine’s baby mama Sara Molina in a sex tape are getting around on social media.

Media Take Out was the first to report on the leaked photos and claim that they show Sara Molina in a graphic sexual encounter.

We can’t share the pics and video footage here, but they’re out there if you know how to look for them.

Molina has accused 6ix9ine of being physically abusive to her in the past and revealed that he once, during a vacation in Dubai, beat her for two hours straight because he thought she was sleeping with his manager Shotti.

Molina denies anything ever happened between her and Shotti and says 6ix9ine did not believe her.

“So I was leaking blood. There was blood on the hotel pillowcases. He got scared,” she told The Daily Beast about the brutal beating.

Shotti himself also denied the allegations in an interview with Rap Radar late last year and said that his relationship with Molina was strictly platonic.

“That’s not true at all. Everything that you hear online is coming from … I guess the PR team he’s working with—I don’t know who it is. We had a relationship as friends because, you know, we spent a lot of time together,” Shotti said.

“But other than that, it’s all made up. I don’t even see why he would say that. That’s embarrassing for him. I don’t think he started the rumor. We definitely had a relationship, but it wasn’t on the terms of having sex or nothing like that. It was all about family and friendship.”

We can’t confirm if the NSFW photos and videos are real or fake, but if so, 6ix9ine isn’t going to be very happy if something did go down.

The currently incarcerated rapper and Molina share a 4-year-old daughter together and we’re sure he plans on getting back with her when he gets out.

The one good thing for 6ix9ine in this situation … last September, Shotti was sentenced to 15 years in prison for racketeering and firearm charges, while 6ix9ine will be released from prison by early August 2020.

He won’t have to worry about Shotti (allegedly) laying his hands on those baby mama buns of his any time soon!